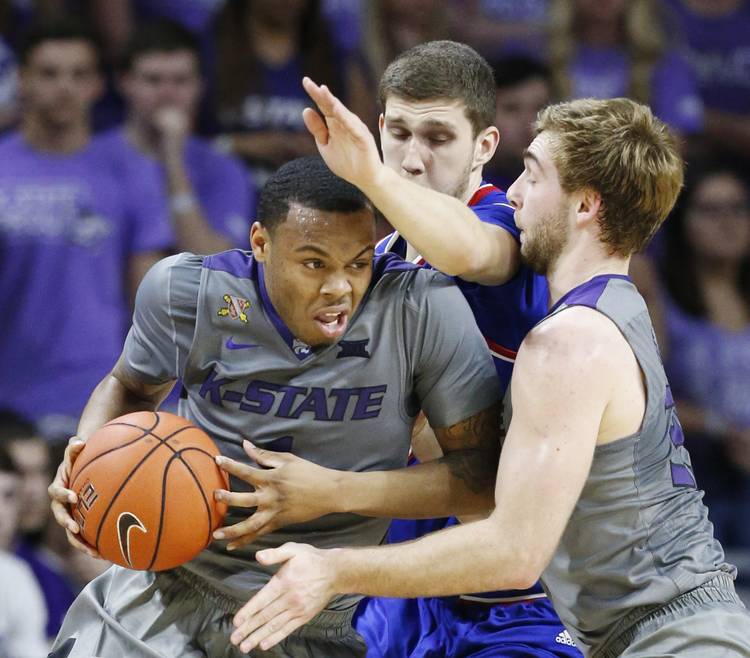 Ever had a bad day at the office and, surprisingly, the boss didn’t go crazy?

Human resources would’ve approved an epic, ear-blistering diatribe from Shaka Smart had the Texas coach seen fit to blast his Longhorns after Saturday’s 78-64 loss to Baylor.

That’s not what happened, though. Ever mindful of the team’s overall confidence level, Smart said he kept a firm but rational demeanor with players afterward.

Fortunately for the Horns, there’s no time to dwell on Saturday’s loss. No. 24 Texas will lace ‘em again Monday at Kansas State, a team that sits eighth in the Big 12 standings but is still plenty dangerous at Bramlage Coliseum.

“These guys don’t respond well to going off on them. So, no, I did not go off on them,” Smart said. “I basically spelled out what happened (against Baylor) and talked about the things that we can control and certainly can and need to do better.”

The Horns (17-10, 8-6 Big 12) have suffered through some miserable days in their 94-foot long workspace. UT’s five seniors still cringe when they hear the word Chaminade, who upset the Horns in 2012. Michigan State nearly ruined Christmas in 2013. That Oklahoma game in Austin last season was plain brutal.

Every team has a clunker at some point during the season. For Texas, that was Saturday. At least, that’s the hope.

Baylor’s zone defense kept the Texas guards flustered all game long. The Horns managed only 22 points in the first half and made just eight of 21 shots. Things improved after halftime, but UT faced an 18-point deficit, and Baylor got numerous easy baskets inside.

“We were too passive and just waiting for something to happen instead of making something happen ourselves,” guard Isaiah Taylor said.

With the league title likely out of reach, the Horns should focus on finishing the regular season strong and setting themselves up for a nice NCAA Tournament placement.

Texas has only four games remaining before the Big 12 Tournament begins in Kansas City, Mo. The Horns have yet to secure a .500 or winning record in league play. Historically, any Big 12 team with an even or winning league record is a tournament lock.

That’s not to indicate Texas is in any NCAA danger. Far from it, actually. Most bracketologists still have UT projected as a No. 5 or No. 6 seed in the NCAAs.

The final Big 12 standings are still difficult to project. Texas is currently tied for fifth with Iowa State and one game ahead of seventh-place Texas Tech. There’s a real chance the Big 12 gets seven teams into the NCAA field, although Tech is considered a bubble team at the moment.

The K-State matchup snaps a string of five consecutive road games against top-15 teams. On paper, Texas should breeze through Manhattan. But this league is unpredictable as ever.

“I know this: Feeling sorry for yourself, that’s not the formula,” Smart said. “We’ll have to defend with more urgency and want-to. We can, and I believe we will.”