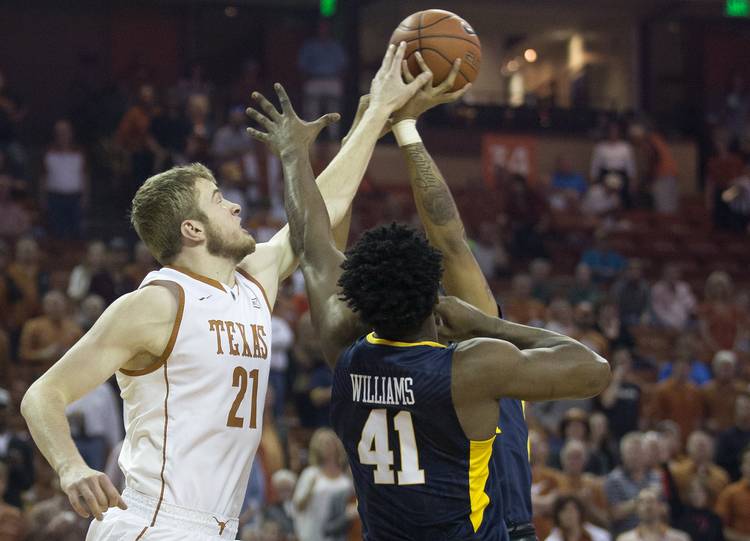 Not many players fall into a specialized basketball position — the “stretch four.”

Technically speaking, it means you’re a power forward with the ability to bang away inside or step back and launch 3-pointers.

When Connor Lammert steps back to realize his impact on the Texas basketball program, he’ll discover that finding success wasn’t a stretch at all.

“I’ve just been extremely blessed to have the opportunity to play here, play for two great coaches and play in front of a lot of really supportive fans,” Lammert said. “But as far as being remembered, I think I was a guy that showed up every game trying to play hard for the university and the name across my chest.”

Lammert, a senior from San Antonio Churchill, figures he would be about 10 to 15 pounds heavier if asked to play a true center’s role with the Longhorns. Fortunately, that’s been left to Cam Ridley and Prince Ibeh over the years.

Lammert proved a real headache for opposing coaches. There simply aren’t that many 6-foot-10-inch big men who gobble up rebounds and shoot 31.5 percent from 3-point range. Lammert usually finds his way to the wings for open, long-range looks.

Those talents may serve Lammert well overseas. The corporate communications major will graduate in May and then look to play professionally in Europe, where long-range shooting is coveted.

“You have to be a scorer overseas if you’re an American, for the most part,” Lammert said. “I plan on playing, wherever. That’s my plan right now. If and when the ball stops rolling, I’m looking to get into the real estate and title business, but hopefully I’m blessed to play overseas.

“That’s all in God’s hands,” he added, “but I believe I’ve put myself in the position and this team is in position where that’s where I’ll be.”