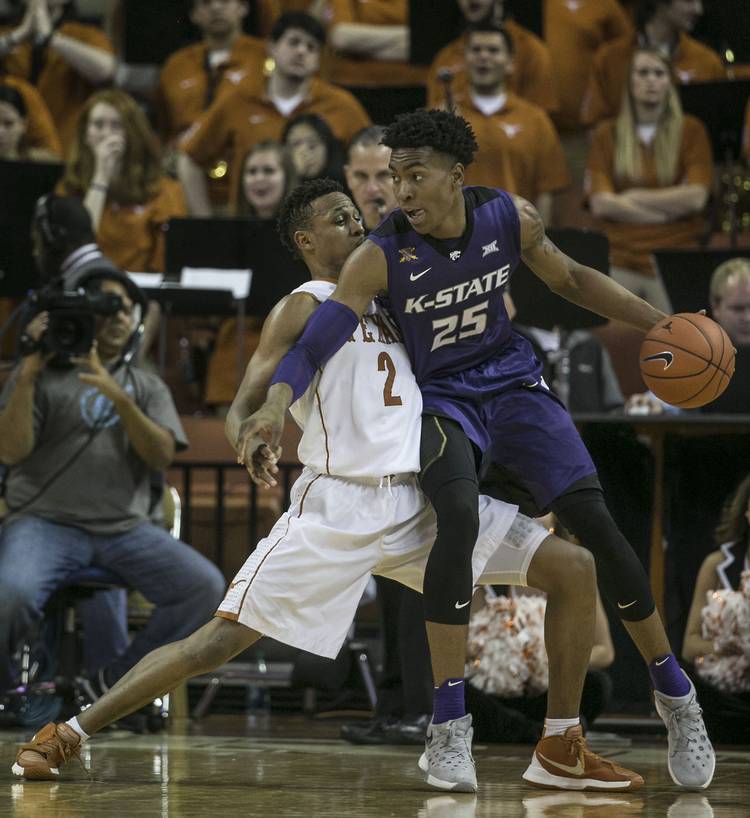 Senior night, and the mere thought of his basketball career coming to a close is unsettling for Demarcus Holland.

“See, you’re scaring me with this conversation,” Holland said.

Scared? Demarcus Holland? The one person who gladly accepted some of the toughest defensive assignments in recent years and did it knowing he probably wouldn’t be asked to score can’t be scared. No, Holland is the opposite of scared.

“A lot of people don’t want to do the dirty work,” said Holland, who has 90 career steals and 209 assists. “I think it takes more effort to do the small things and to actually care about your teammates, be a vocal leader and go out and play defense.”

Born in Tyler but raised in Garland, Holland is the program’s “glue guy.” He’s the player who’s flown under the radar to a degree, but without him, things would fall apart.

As a sophomore, Holland led the Longhorns in steals. As a junior, he shared the team’s outstanding defensive player award with Prince Ibeh.

“When I saw the appreciation from it that my fans gave me and my coaches, I just fell in love with playing defense,” Holland said. “I fell in love with guarding the best player. If I can take the load off Isaiah (Taylor) or Javan (Felix) or whomever, they can attack more on offense. I never had a problem with it.”

Holland knows three talented freshmen have cut into his minutes this season. Insiders say he’s still one of the most vocal, upbeat players on the roster. The glue is still holding things together.

“In the real world, people have different motives and maybe have families, kids and wives,” Holland said. “In college, we’re just here to take care of each other and focus on winning. I’ll never forget the bonds we have.”