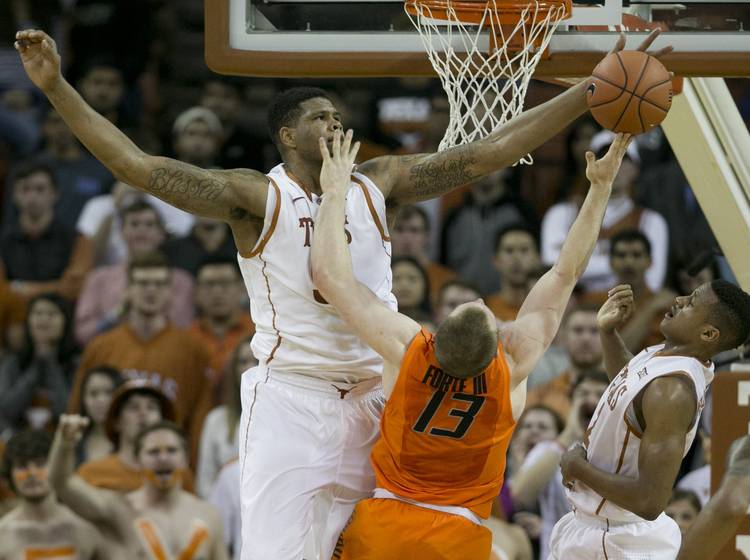 Cam Ridley says he truly didn’t understand how much Texas fans cared about him until he suffered a fractured foot injury two days after Christmas.

Ridley has missed every game in January and February, but Longhorns coaches hope he can return at some point during the postseason.

“People are saying things like, ‘I wish we had Cam back’ and things like that,” Ridley said. “That’s a long way from my freshman year when they said, ‘Take Cam out of the game.’ ”

When Ridley stopped caring about what people thought about his weight or questioned the extent of his internal fire, he became one of the most ferocious big men in the Big 12. This season, he was averaging a career-high 26 minutes per game and developing into UT’s most important player. He ranks third in school history with 220 blocks.

While wearing a protective boot, Ridley said he’s still miffed about a late foul call against Appalachian State on Dec. 15.

Ridley was going up for the block, potentially his 10th of the game. Had he swatted away the shot, the 6-foot-10-inch center would’ve secured only the second triple-double in Texas history, something to brag about for years to come.

“I don’t think I’ll brag about beating up on Appalachian State,” said Ridley, who finished with 19 points, 11 rebounds and nine blocks.

His true signature moment, though, is unforgettable.

Jon Holmes had turned loose a last-gasp 3-pointer against Arizona State. The shot missed wide, and Ridley scooped and scored as time expired, giving Texas an 87-85 victory over Arizona State in the 2014 NCAA Tournament.

“(Assistant) coach (Chris) Ogden was the first person to grab me,” Ridley said. “Then Javan (Felix) and Jon Holmes. I’m kind of a reserved guy. I didn’t know how to act or what to do when it happened. I was just so shocked when it happened.”

Senior salute: Final Four? ‘The Danimal’ angling for the Big 4