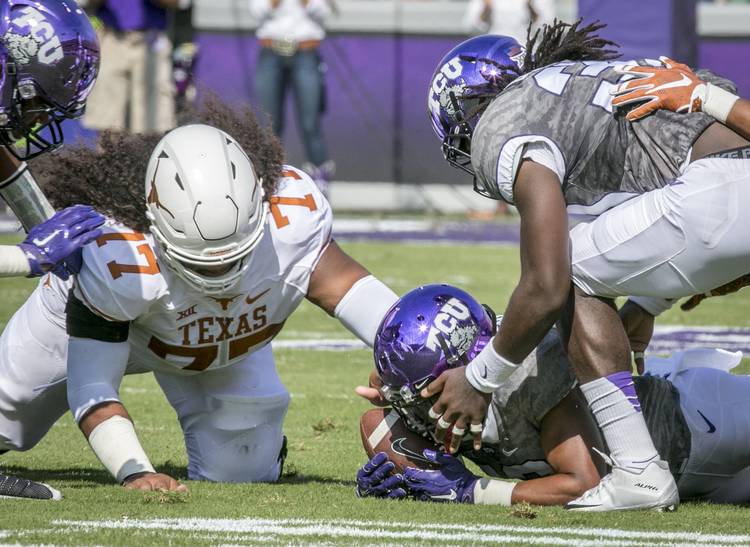 Charlie Strong mentioned four guys as possible replacements for center Taylor Doyle, but Patrick Vahe wasn’t one of them.

“Hodges is a guy who’s very talented who has not come on for us,” Strong said. “He had an unbelievable (offseason).”

Injuries: The running back room Strong raved about will be without Kirk Johnson, who is one of five players being held out of drills with injuries. The others are defensive end Derick Roberson, tight end Blake Whiteley, middle linebacker Dalton Santos (toe) and receiver Ty Templin.

Strong said Roberson will be “off and on.”

Without Johnson on the field, Tristian Houston climbs to No. 3 at running back behind Foreman and Warren. Katy’s Kyle Porter won’t arrive until this summer.

What’s Charlie Strong’s top position priority this spring? (It’s not what you think)