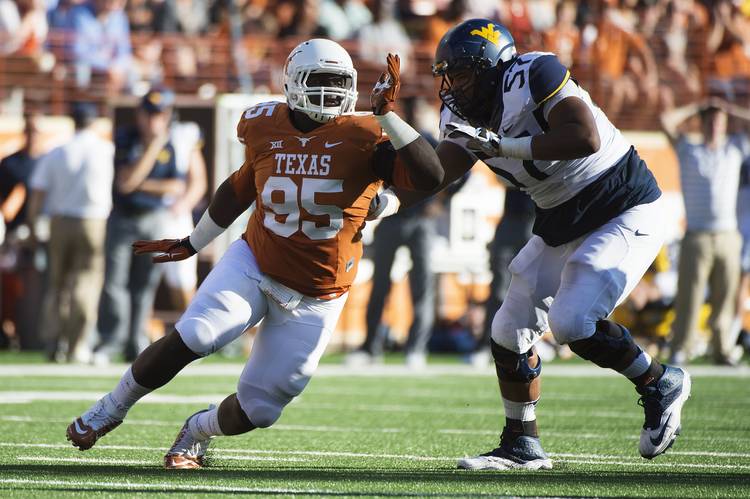 Guess which position Texas coach Charlie Strong is singling out as his team’s top priority this spring?

Try the defensive line, which also happened to be his team’s biggest bust in 2015.

“We gotta get us a good, solid defensive front,” Strong said Monday. “You look at us last season, people were able to run the ball and throw the ball with ease on us because you have to control the line of scrimmage.”

By the end of the season, Texas’ opponents were having their way on the ground, going off for 395 yards and two touchdowns (Baylor), 293 and five (Texas Tech) and 257 and two (West Virginia). This from a defensive front that coming into the year Strong believed had 10 guys who could contribute at a high level.

Depth will arrive this summer when six freshmen linemen move onto campus.

“The help is coming,” Strong said. “We just have to wait for it to get here and get through this spring.”

Up to 255 pounds, Chris Warren is growing out of his clothes

Several in the mix at center, but Patrick Vahe not among them