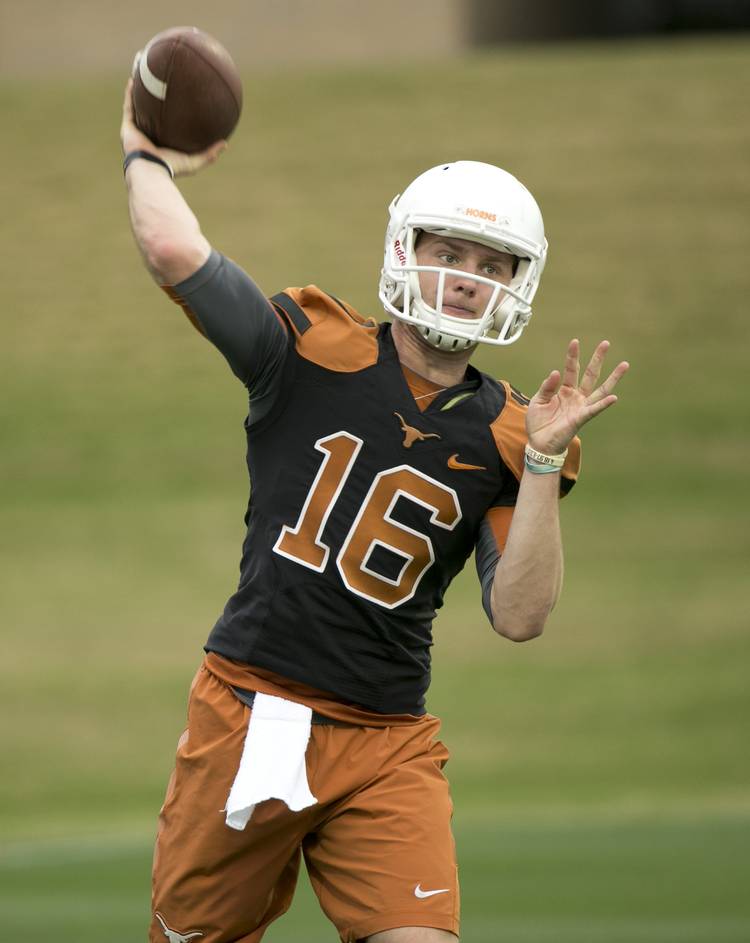 Though he doesn’t possess Tyrone Swoopes’ arm or Jerrod Heard’s wheels, Shane Buechele might just stay alive in the quarterback competition with his pinpoint accuracy.

The freshman early-enrollee was impressive at Thursday’s practice, making the proper reads and moving the offense in 11-on-11 drills. Buechele was intercepted once on a deflected deep ball, but otherwise had a clean session.

“Shane’s still learning, but the good thing about it is he knows where to put the ball and that’s all about just placing it and making the good throws,” UT coach Charlie Strong said.

Swoopes continues to rep with the first-team and Heard with what appears to be the second-team. Buechele had the edge at No. 3 over redshirt freshman Kai Locksley and Matthew Merrick, neither of whom got reps in the team portion of practice.

Strong said previously the staff should be able to identify a starter “fairly quickly.”

Longhorns Class of 2016: Jordan Elliott had many loves before choosing Texas