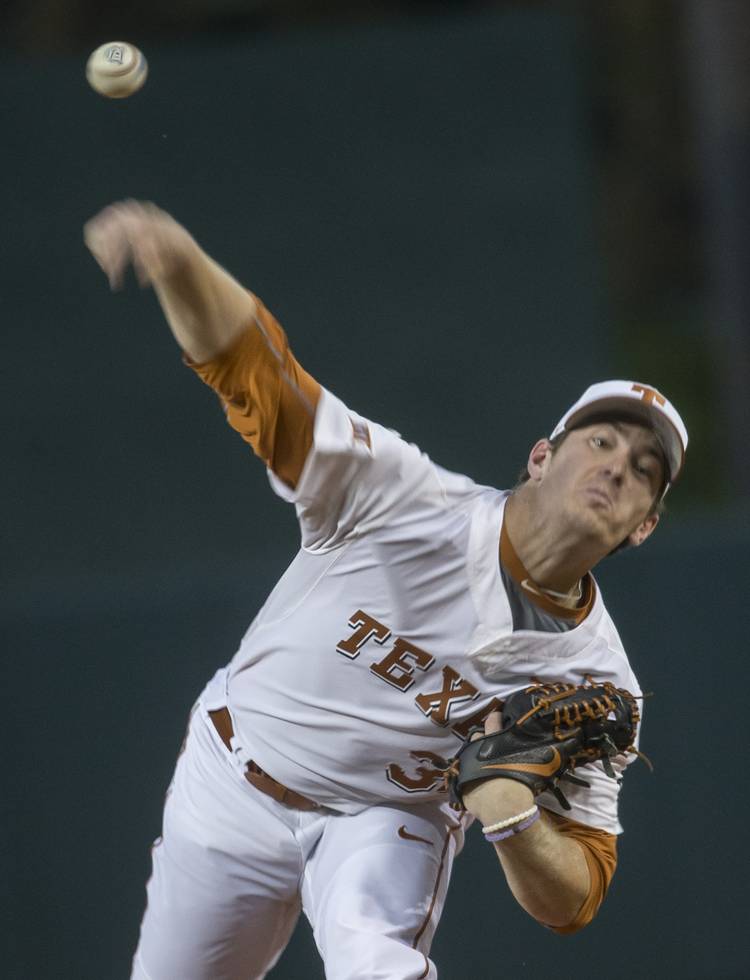 Maybe the most concerning part of Texas’ slow start to the baseball season is that the losses are coming at home.

The Horns, who have struggled out of the gate at 6-7, have played all but one game at UFCU Disch-Falk Field, so it’s hard to blame scheduling for the accumulation of bad defeats.

Now, a team that isn’t winning on its own field must go on the road to play the No. 14-ranked team in the country, UCLA. It’ll be a challenging weekend in Westwood, “but we need these challenges,” Longhorns coach Augie Garrido said.

After being overmatched by Cal last weekend and getting swept for the first time ever in a four-game series, Garrido’s club took out some frustration on Tuesday, scoring a season-high 12 runs in a 12-3 rout over Sam Houston State. Kacy Clemens doubled and drove in three runs to spark a five-run fifth inning, while his younger brother Kody collected three hits and hit his first college home run. Morgan Cooper continued to impress in his return from Tommy John surgery, striking out a career-high eight batters in six shutout innings.

Still, the Horns have been unable to take advantage of the home-heavy schedule, taking two of three against UNLV and splitting four games with Stanford before getting leveled by Cal. After returning home from UCLA, they’ll have a quick turnaround and head to College Station to play No. 2 Texas A&M on Tuesday. Then Tulane, which is knocking on the door of the top 25, comes to Austin for a three-game weekend series.

Fortunately for Texas, UCLA may dealing with some of its own issues. Ranked 10th to start the year, the Bruins, who are picked to finish second in the Pac-12 and were the top overall seed in last year’s NCAA postseason, fell to 6-6 in a 20-12 loss on Tuesday at California State University, Northridge. It was their third defeat by eight runs or more, but it did come after UCLA put together a 3-0 weekend at the Dodger Stadium College Baseball Classic with wins over Mississippi State, Oklahoma and USC.

Garrido said this weekend and other series against quality opponents are “a great opportunity to see other teams that have more experience than we do right now and learn from that.”

On Friday, UCLA will roll out right-hander Griffin Canning (2-0, 1.74 ERA) against UT’s Kyle Johnston in a battle of sophomore aces. Canning was a freshman All-American last year when he went 7-1 with a 2.97 ERA before suffering a season-ending injury. A big strikeout guy, he has fanned 26 batters in 20 2/3 innings this spring.

UCLA, which has not announced a starter for Saturday, will start freshman right-hander Kyle Molnar (0-1, 6.23) on Sunday.

The teams will meet for the first time since 2003 when UCLA won 13-2 during a February matchup at Cal State Fullerton. UT leads the all-time series, 3-2.

A future All-American? Zach Shackelford getting high marks this spring