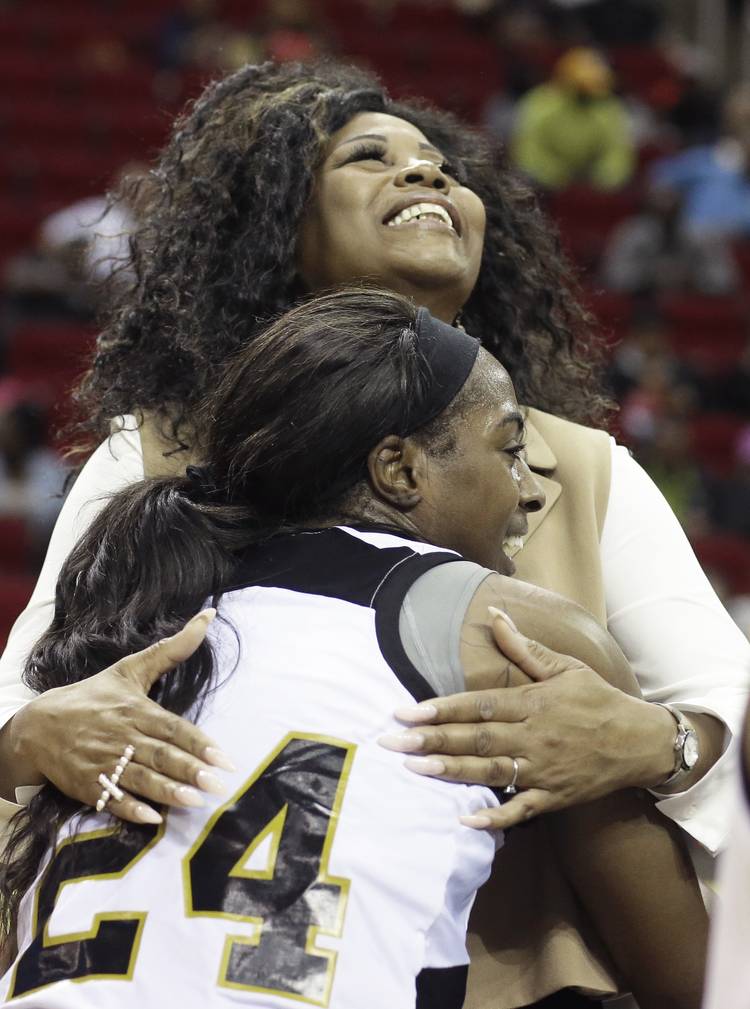 For Alabama State, a victory over Texas on Saturday would validate the Hornets’ progress during the past 18 years under head coach Freda Freeman-Jackson.

The Hornets are coming off their second straight Southwestern Athletic Conference tournament championship. One of the hottest teams heading into the NCAA women’s basketball tournament, Alabama State has won six straight games and 17 of its past 19.

A 15th seed, Alabama State will face its stiffest challenge of the season when the Hornets play second-seeded Texas at 8 p.m. at the Erwin Center.

“This stacks up with my first two (SWAC) championship teams I had in 2003 and 2004,” Freeman-Jackson said of her current squad. “I told them today, it’s their time to create their own history.”

A Montgomery, Ala., school with an enrollment of 5,600 students, Alabama State has earned plenty of frequent-flyer miles recently while playing five games in Texas — four at the SWAC Tournament in Houston, one at Prairie View A&M — over the past three weeks. But the Hornets (19-11) and Longhorns (28-4) have never met in basketball.

So what should Texas expect from its first-round opponent?

“We’re playing our best basketball right now, and we’re still making progress with each game,” said junior forward Britney Wright, who leads Alabama State in scoring at 14.9 points per game. “We’re playing together more as a team that what we did last year (in the NCAA Tournament).”

Host Florida State bounced Alabama State 91-49 in the first round of the 2015 tournament.

“Defense is something I’ve instilled in these young ladies constantly,” Freeman-Jackson said. “I feel that defense breeds offense and defense brings championships.”

Wright, the MVP of the 2016 SWAC Tournament, likes her team’s matchups against the Longhorns.

“We match up really well with Texas from the guard position,” she said. “Our biggest challenge with be matching up with their bigs (6-7 Imani Boyette and 6-5 Kelsey Lang). We don’t have a big that matches up with their height.”

“Texas was down a few years, but they’re on the upswing,” she said. “The coach (Karen Aston) is doing a really good job. I know Baylor has taken over the state in women’s basketball, but Texas will be right back — but they’ll need a few more pieces.”

The Texas-Alabama State winner will advance to a second-round game at 8 p.m. Monday at the Erwin Center. The opponent will be BYU or Missouri, which face off Saturday in an opening-round contest.

“Winning would be huge for us,” Freeman-Jackson said. “Like I told my girls, anything can happen. That’s why they call it March Madness. We’re going to go down to Austin to play the best basketball we’re capable of playing, and hoping Texas is not on their ‘A’ game.”

Notable: Purcell, the West Coast Conference’s newcomer of the year, has averaged a double-double: 11.7 points, 12.7 rebounds. … BYU won its first regular-season WCC title with a 16-2 mark and was 12-0 at home while compiling the program’s longest winning streak of 16 straight victories.

Notable: This will be Missouri’s first trip to the NCAA Tournament since 2006. The Tigers are 4-9 in the tournament all-time. … Mizzou opened the season with 13 straight victories but has lost its past three. … Missouri ranks 25th in the nation in rebounding margin, averaging 7.6 more boards per game than its opponents.

Longhorns Class of 2016: Can Chris Brown become the next Quandre Diggs for Texas?

Shaka Smart’s long gone, but VCU has rebuilt itself under Will Wade