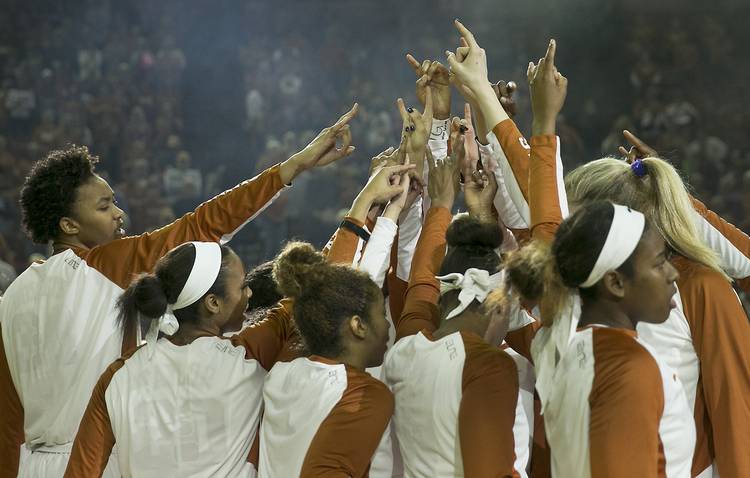 Teammates migrate to Empress Davenport’s house as if it were a basketball court.

Check that. As if it were their home.

“I’m always at home because I have nothing to do,” Davenport said. “So pretty much anybody can come over at any time.”

Players take that open invitation to heart. There, the Longhorns bake cupcakes, they watch movies, they get to know who they are. The players’ off-court relationships with each other has helped catapult Texas — which faces UCLA in the Sweet 16 on Saturday — into one of the top programs in the country nearly as much as their on-court talent.

“The off-the-court relationship is something that’s really special, especially with this team, because we’re all so close,” said Brady Sanders, another senior guard. “I’ve been on teams in the past where you don’t talk to your teammates unless you’re at the gym.”

Part of the reason this team is so close on the court is the fun activities they do off it. They hang out on their own and they talk about life. They constantly eat out — Texas Roadhouse is one of their go-to’s — and hold dance-offs at Davenport’s house. They will sacrifice for one another.

“If you are more invested in the people that you go to battle with, you’ll go to battle more for the people you’re involved with,” said Fran Harris, a former Longhorns star who serves as the team’s coordinator of community engagement.

Harris, the 1985 Southwest Conference player of the year and the team MVP of Texas’ 1986 national championship squad, returned to Texas in 2014. One of her responsibilities is team building. Since her arrival, she has encouraged players to get to know each other off the court based on her philosophy: Team-building exercises to forge new player relationships and strengthen existing ones.

“It’s good to learn about people because it makes it easier to understand why they do things in a game,” Sanders said. “It just makes it so much easier to create the chemistry on the court.”

The chemistry has been there in this 30-4 season. Without those solid relationships, you can end up with a lack of chemistry on the court, which can lead to coming up short.

“Sometimes it’s the reason why they can’t get over the hump,” coach Karen Aston said.

Part of chemistry is communicating. Basketball is full of communication as well, especially on defense. Aside from technique and strategy, great defense is executed from communication. And teams also need to hold each other accountable, which can be tough when players don’t have a strong relationship.

“If I just met you, I’m not sure you can tell me that I suck,” Harris said. “But if we’ve played together for three months and we’ve been in the trenches together, then there is a level of trust that’s there that will allow me to hear you telling me, ‘Hey you gotta cut off the baseline.’ I’ll receive that differently.”

It’s cliché to say a team becomes a family. But it’s appropriate to claim this Texas team is one.

Aston acknowledged this is among the closest-knit teams she has ever coached, which she says is important. “Chemistry is probably what takes you to the championship level,” she said.

“Seeing both sides, I’ve been on teams where you’re not really connected off the court,” Sanders said. “It just makes it a lot funner when you’re connected and really know who you’re playing with.”