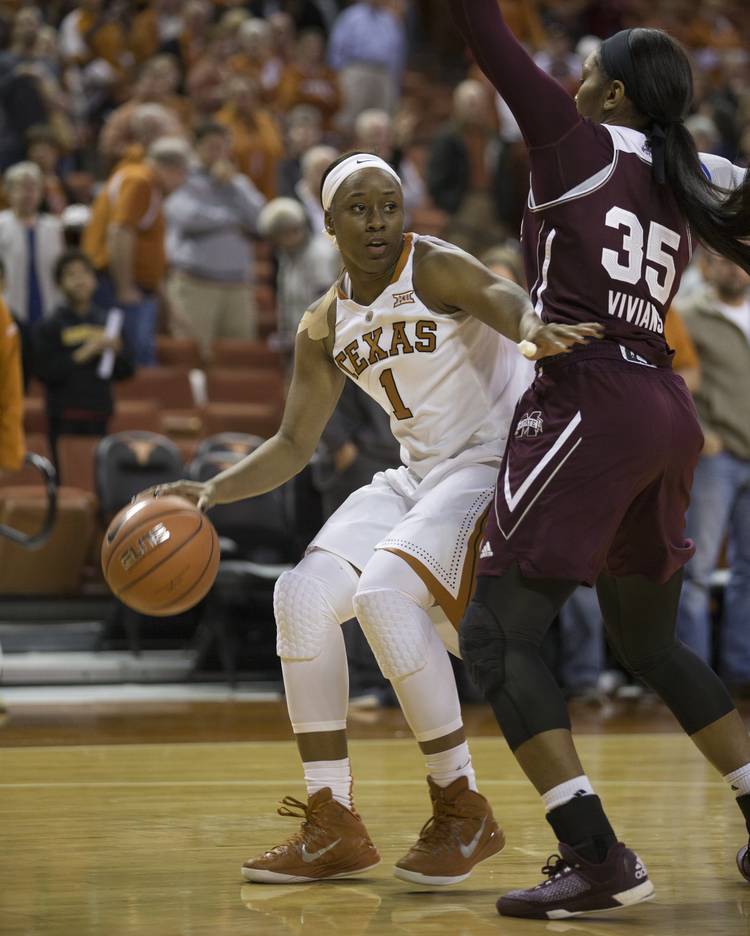 BRIDGEPORT, Conn. — Texas senior Empress Davenport and UConn senior Moriah Jefferson used to spend the night together. They were kids in Dallas-area playgrounds, enjoying their summers on outdoor courts. Friendship and basketball were the most important aspects of their lives.

“It started round the fourth grade, and I was a post player,” said Davenport. “Moriah’s always been a point guard, she’s always been able to handle the ball and I think her competitive spirit helps her though basketball.”

Davenport and Jefferson will be  on opposite sides of the court when Texas faces top-ranked Connecticut in the Bridgeport (Conn.) Regional finals Monday at 6 p.m. at Webster Bank Arena.

This is the final act for two players who are rounding out the college chapter of their lives.

Jefferson is expected to be a top five pick in the upcoming WNBA draft. Davenport aspires to professional basketball, too, perhaps in Europe.

No matter what happens Monday, the bond between Davenport and Jefferson will never be broken.

“Empress and I started playing together in a church league,” Jefferson recalled. “That was the first time I went from a boys team to a girls team, and (Davenport) was already on that team. Then we moved onto the DFW Elite . We were always with each other until we went to high school.”

Davenport built a reputation as a winner while playing for state powerhouse Duncanville. She was named the UIL Class 5A state tournament MVP after leading the Pantherettes to the 2012 championship .

Prior to Duncanville’s state title run, Davenport and Jefferson combined to lead DFW Elite to the 2011 Nike Nationals championship.

Last year,  Texas coach Karen Aston suggest that kids who play in Texas high schools should attempt to stay in the state for college.

“My top three ended up being Baylor, Texas A&M and UConn,” Jefferson said. “I most likely would have gone to Texas A&M. I was at Baylor a lot on unofficial visits, but one of my best friends, Jordan Jones, went to Texas A&M, so we had that bond. In the end, if I didn’t come here, that would have been where I went.”

Notes: After winning just 12 games in her first season at Texas, Karen Aston has amassed an 89-45 record in four years. UT’s record in the NCAA tournament is 38-27… UConn holds a 6-0 series lead on Texas.

Texas aims to topple mighty UConn from its perch

How does Texas top back-to-back NCAA titles? How about a three-peat?