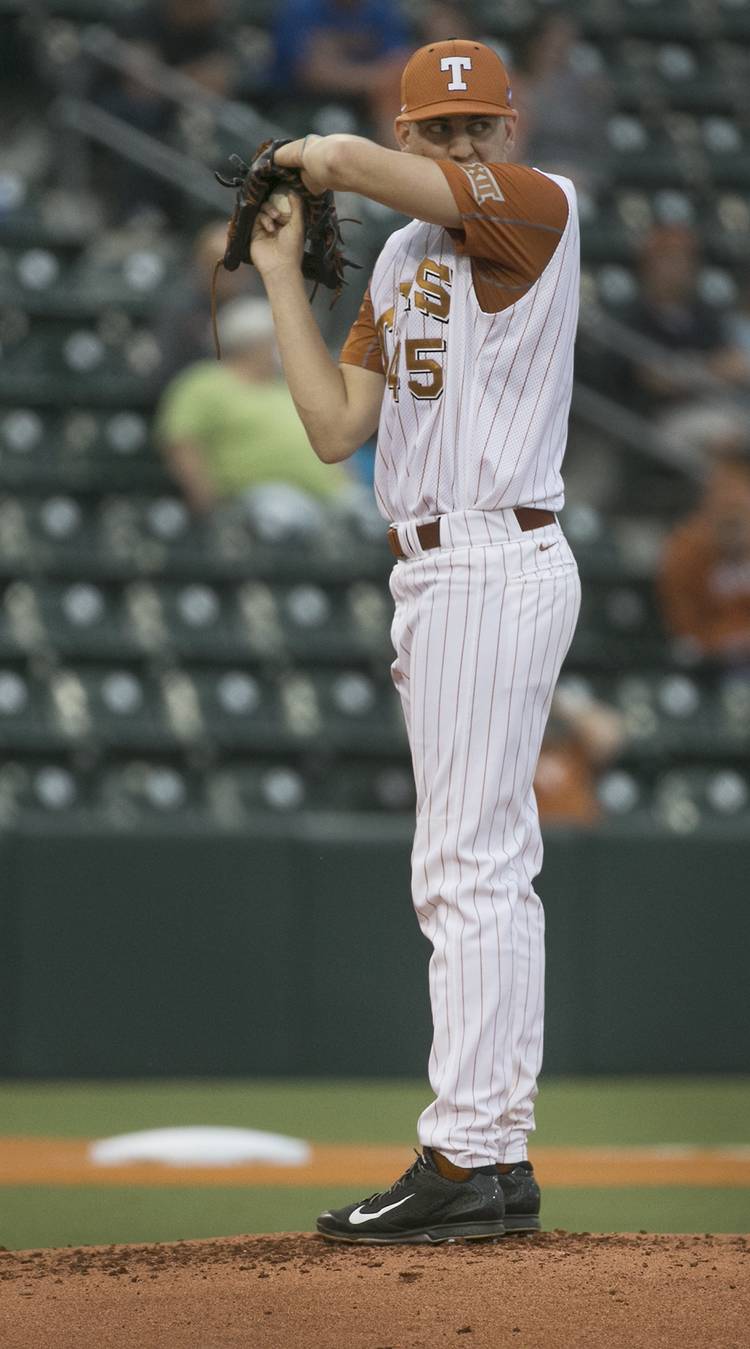 Augie Garrido didn’t want to talk about it.

More accurately, he didn’t know what to say. The Texas baseball coach bypassed his usual debriefing with his team following Tuesday’s 5-0 loss to Texas A&M-Corpus Christi and instead went straight to questions with reporters.

“It’s like when you get a wound of some sort and you don’t feel it at first so you don’t know,” Garrido said. “That’s where I am with it. I’m pretty speechless.”

This says it all: Garrido’s club managed just five hits against a marginal opponent from the Southland Conference and was shut out for the third time this season. They struck out 10 times for the eighth time and fell to a season-worst five games below .500. Their starting pitcher recorded just two outs, and their closer once again looked uncomfortable in that role.

This is the second year in a row UT fell at home to the Islanders, who had lost seven of eight coming into the day.

Good times at the Disch.

“We didn’t show up,” Garrido said.

Early in the day, the Longhorns (12-17) got word that they sit 88th in the first official RPI of the season. Much work is to be done, and Tuesday only increases the degree of difficulty required to secure an at-large berth to the NCAA postseason. UT has 23 games remaining and must go 18-5 simply to reach 30 wins in the regular season.

A pitching battle of a couple of freshmen went decidedly to Corpus Christi’s Aaron Hernandez, who performed nothing like the person who didn’t make it out of the first inning in a start last week against Houston-Victoria. Hernandez was in complete control, striking out nine of the 19 batters and fanning four in a row at one point before Kaleb Denny’s fourth inning single.

UT’s best chance to score a run came in the sixth when it got two on against Hernandez before Chris Falwell, the Islanders’ Friday night starter, came in and walked pinch-hitter Ben Kennedy to load the bases. Then, Falwell got Michael Cantu to drill a shot to second base to kill the rally.

Earlier in the inning, Clemens got thrown when he ill-advisedly tried to advance to third on Tres Barrera’s single to first.

“When I was rounding second I saw the ball kind of handcuffed him and thought I’d be able to get to third,” Clemens said. “He caught it more cleanly than I thought and he got me at third.”

UT’s freshman starter Nolan Kingham didn’t make it out of the first inning. He walked two and served up a two-run bomb to Zacarias Hardy that landed over the advertisements in left field. Kingham was yanked after registering two outs.

“He gave us nothing,” Garrido said. “He played well for them.”

UT’s closer, Connor Mayes, continues to have a difficult time working through late-inning situations. He gave up three runs on three hits and a walk in 1 1/3 innings.

Garrido didn’t rule out reevaluating the closer’s role, but said he was “too emotional” to begin digging into such problems.

Longhorns Class of 2016: Gerald Wilbon has always been a big boy, and Texas couldn’t be happier