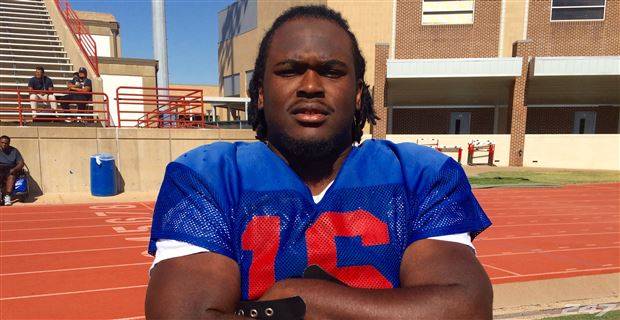 Alpert’s Duncanville Panthers have slipped into Metroplex mediocrity, posting 3-7 records three times in the last four years. This place was a powerhouse at the turn of the century, a town so proud of its football, girls basketball and just about everything else that it slapped the Champions moniker on — where else? — the water tower.

In just six seasons, Alpert program went 59-15 and won the 1998 Class 5A Division I state title. About the only thing this blustery, acerbic, charming man couldn’t beat was leukemia. Gone at 59.

Since Alpert’s death in 2004, Duncanville’s program withered as nearby DeSoto and Cedar Hill took off. When Jeff Dicus stepped aside after the 2014 season, the district hired Reggie Samples, arguably the face of Dallas high school football with a state title won at Dallas Lincoln, a program rebound at Dallas Skyline and more than 200 wins on his résumé.

Samples didn’t know much about the roster he inherited. He simply started watching film. Duncanville didn’t have many top-flight players. But Samples could tell Marcel Southall, a future Texas signee, was one of them.

“He played (defensive) end his junior year, and right off the bat, to me he looked out of place,” Samples said. “I knew he was a Division I player. Now whether he was a Kansas State, Kansas, Oklahoma State guy or a Texas and Texas A&M guy, I think that transpired over time.”

Southall’s profile is the 16th in our series highlighting the Longhorns Class of 2016. To catch up on the rest of the series, here’s an interactive map of Texas’ recruiting class of 2016.

Samples moved Southall to defensive tackle last season despite Southall’s eight sacks off the edge as a junior. But the position change, along with a serious weight training program, helped lift Southall’s profile. Something must’ve clicked. Not many defensive tackles on losing teams get invited to the Semper Fidelis All-American Bowl.

“After getting him out on the field and getting him coached up,” Samples added, “I think he moved up in that elite group.”

Southall’s size alone helped. He’s 6-foot-1, 287 pounds. But even Southall didn’t know how good he could be. Recruiting services have varying opinions, which could be because of Duncanville’s low profile these days. Southall was rated the nation’s 48th-best defensive tackle and 98th-best recruit in Texas according to 247Sports’ composite rankings.

“Coach Samples is a great coach,” Southall said. “He pulled a lot of stuff out of me I didn’t know I had before.”

Texas started recruiting Southall late in the process. He was considering Oklahoma and Baylor, and visited Miami and Ole Miss in late January. Turns out, taking that trip to Oxford, Miss. may have been the best thing possible for Longhorns coach Charlie Strong.

Southall said Ole Miss coach Hugh Freeze stood in front of a room full of recruits, many from around the state. “And he told the Mississippi guys, ‘Why go out of state and represent a different state? You can stay here and make history,’” Southall said.

“Well, I considered that and I decided I would stay in Texas instead of going any other place.”

Recruiting reporters had a difficult time pinning Southall down. He didn’t do many interviews because Southall just didn’t want to deal with it. But Southall had no problem calling Strong the Sunday before national signing day to give him the good news.

The Horns signed six defensive linemen in February. Defensive coordinator Vance Bedford has already said that any freshman who comes in weighing 300 pounds will likely play this fall. Last year’s starters are now gone. Tank Jackson is out of eligibility, and Hassan Ridgeway jumped into the NFL draft as a junior.

“I just don’t think you could have enough big-body guys,” Strong said on signing day. “If it was up to me, I would have signed 20 big-body guys.”

Southall said, “I don’t want to be a (blocking) dummy. I wanted to go to a defense where they do a lot of stunting, a lot of moving around.”

Southall may not really understand why just yet, but Samples needs him to succeed in Austin. Duncanville fans should, too. If the program is to ever regain its footing in the Dallas area, it needs as many successful former Panthers as possible.

“I feel like this is a big chance,” Southall said. “A lot of people don’t go to Texas. I’ve got to handle my business and do what I need to do, so I set that mark for other family members to get into the school. This is a big chance, going to Texas.”