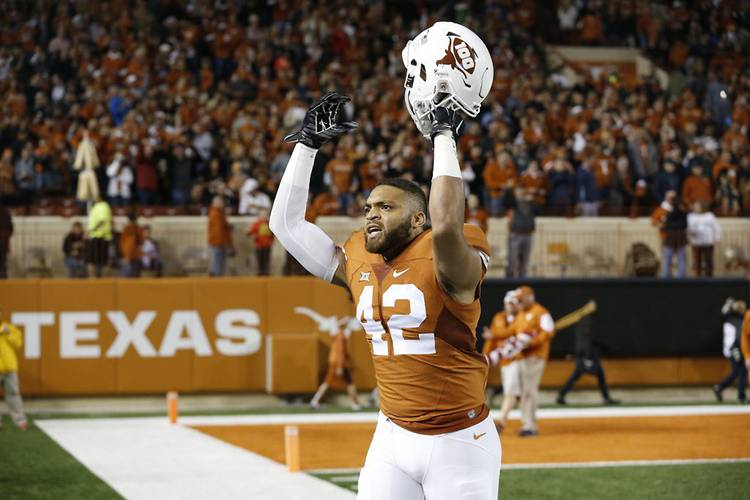 Here are five things — other than the quarterbacks competition — to watch in Saturday’s Orange-White spring game:

The new offense — If there’s one word that summarizes this spring, it’s “uptempo.” Last year, Shawn Watson teased with promises of a faster offense. He and the Longhorns couldn’t deliver, so now Sterlin Gilbert gets a chance to bring Texas’ offense into modern times. If we’re to believe what players say, the ball will snap within seven or eight seconds of it being spotted. Of course, production is the main thing because incompletions and negative plays can slow an offense in a hurry.

Who will kick? — It seems crazy, but there is no real urgency from the coaching staff to replace Nick Rose. Ignored in recruiting, the kicker spot is apparently up for grabs between walk-ons Jon Coppens and Evan Moore, the latter whom once made a 53-yard field goal in high school. Since he’s been at Texas, Charlie Strong has signed 13 wide receivers but zero kickers. Will he regret forsaking such a vital position?

Run defense — Expected to be a strength last year, UT’s defensive line was unhealthy and unproductive and could not stop the run. Only 16 teams had a worse run defense than Texas, which gave up about 220 yards per game and ranked 112th nationally. Should the defense be able to slow down punishing backs D’Onta Foreman and Chris Warren III on Saturday, it’ll bode well for what could come in the season.

Tight ends — It seems every year, there’s talk that the tight ends will be more involved in the passing game. Don’t expect a major spike in production, but Caleb Bluiett and Andrew Beck can probably expect more action than in 2015, when they each pulled in just eight catches. This week, Beck told reporters the role of the tight ends in the new offense is varied and includes a little bit of everything, from blocking to route running.

Plugging holes — By the end of the day, it’ll be clear which positions are unfixable with the current roster and will improve only once the 2016 recruits hit campus. The defensive line, for instance, is waiting on five tackles to build depth behind Poona Ford, Paul Boyette and Chris Nelson. And it seems that Strong isn’t too high on the depth of the offensive line either, and could be looking for rookies like Jean Delance and Denzel Okafor to work into the mix.

The Statesman’s 2017 Fab 55: Top-ranked Marvin Wilson jumps to top of our list