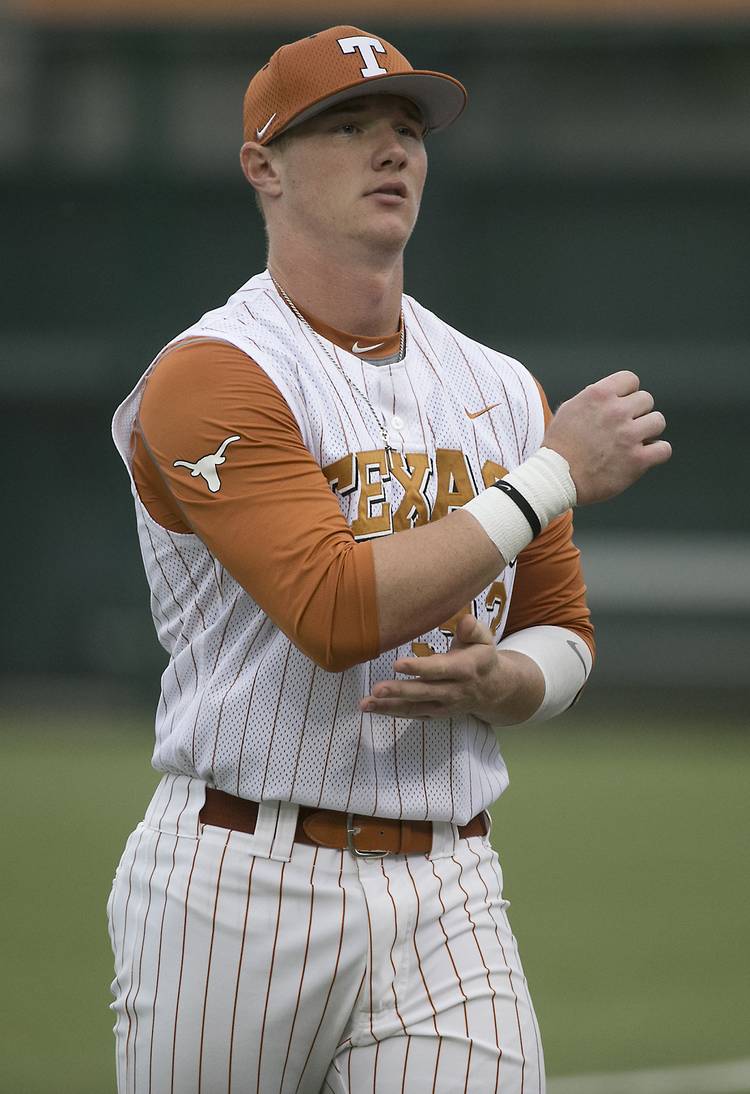 LUBBOCK — Augie Garrido said the goal for Texas baseball was to win the final 15 games of the regular season.

Confronted with a huge road test against the nation’s 10th-ranked team, Garrido’s club allowed 13-unanswered runs on Friday and gagged away an early lead in a 13-6 loss at Texas Tech.

“If it had been a three-inning ballgame we would have won,” Garrido said.

It’s true. The first three innings were a thing of beauty with Texas (17-21, 7-6) knocking around star freshman Davis Martin for a 5-0 lead, including three RBI by Patrick Mathis. To that point, UT starter Morgan Cooper had held in check the Big 12’s second best lineup with a deceptive change-up and a 92-mile per hour fastball.

Yet in those next three innings, and then those three after that, things unraveled in front of a sellout crowd of 4,432.

The 13 runs are the most Tech has scored against Texas since scoring 13 during the 1999 season. The year before, Tech tagged the Horns for 17 runs in Lubbock.

The following happened after the third inning: mistakes by all three outfielders, seven walks, two hits batsman, a passed ball with a runner on third, a botched pickoff play at first, and very little offense — at least  from the visitor’s side.

Momentum shifted for good when Martin — who owns the Big 12’s second lowest ERA — struck out all six batters he faced over the fifth and sixth innings. Martin, of nearby in San Angelo, benefitted from borderline third-strike calls to Tres Barrera and Kacy Clemens in the fifth.

Tech scored two runs in the fourth, three in the fifth, one in the sixth, and seven more when 11 batters came to the plate in the seventh. Texas scored the final run on a ninth-inning double by Barrera.

The tying run came in the fifth when Tech’s Eric Gutierrez, the league’s RBI leader, sent a two-out shot out to right field for what should have been a single. Instead, UT’s Patrick Mathis tried to make a play and unwisely dove for the ball. He came up short, and the ball rolled to the fence for a triple. The previous at-bat, left fielder Travis Jones took a poor route on a shot to the gap and then couldn’t come down with the catch. It was ruled a double.

Garrido said he wouldn’t blame the defense of his outfielders, which also included a fielding error by center fielder Tyler Rand when he couldn’t stop a ball in the seventh.

“It was a team effort,” Garrido said. “There was a lot of stuff that went into it. “(We’ve) seen this game several times this year. Once it gets rolling that way it seems like it finds everybody.”

Tech batted around in the seventh against Blake Wellmann, Nick Kennedy and Jake McKenzie.

Cooper failed to make it past the fifth inning for the fourth time in five Big 12 starts. He lasted 4 2/3 innings and surrendered five runs (four earned) on six hits. He struck out seven. The loss went to Eric Dunbar (0-1), who was harmed by Mathis’ ill-advised dive in right.