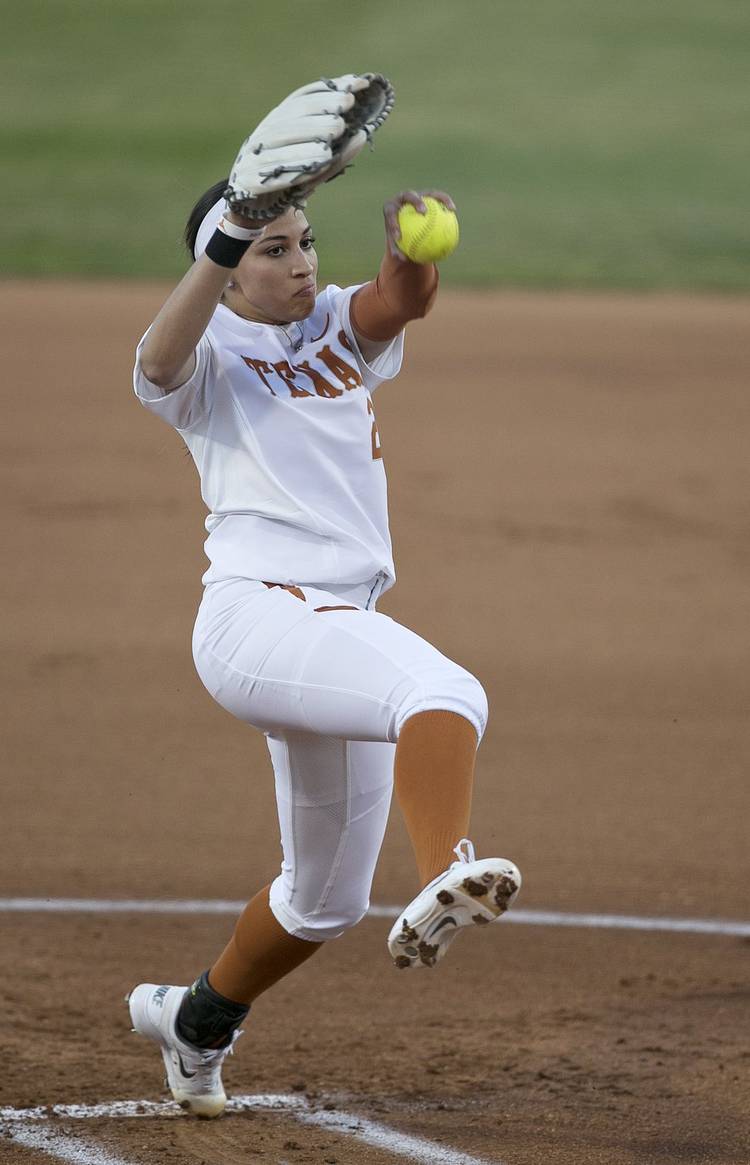 The Texas softball team will be looking on continuing its momentum as the Longhorns (34-14, 7-7) make their final road trip of the regular season this week for three game series with last place Iowa State in Ames, Iowa.

The Longhorns have four games left in the regular season, including a May 14 home game against No. 14 Baylor.

Texas is trending upward, with a season-best 31st ranking in Monday’s most recent RPI. However, Texas’ RPI won’t end up being good enough to host a regional tournament. The Longhorns won’t necessarily help themselves, even with three wins against Iowa State this weekend.

But Texas is still approaching the series like it’s as important as any other one at this time of the year.

“It’s exciting to go on the road one more time and try to rough up another team on their home turf,” said centerfielder Lindsey Stephens. “These are really mental games for us. Iowa State doesn’t have a high RPI and they are not ranked so it’s time for us to build ourselves and work on the things we are weak on. You need to grind on out – whether they are ranked or not we have to play hard for the rest of the season.”

If Texas does sweep the Cyclones (19-29, 1-11) it will even the Longhorns’ record for games away from mcCombs Field and establish a little momentum as they prepare for the postseason.

“It feel like we’ve been at home forever and we’ve gotten comfortable, so it will be challenging being on the road again,” said Texas coach Connie Clark. “We want to finish out strong. The players kind of have finals on their brains and we have to make sure that we are getting some good time management and to leave the academics outside the dugout.

Senior Holly Kern, who had three of the Longhorns’ four RBIs in Wednesday’s 4-2 win over North Texas . said the team is looking to build on the good work it’s produced of late.

“We’ve done well in our last few conference series and we want to keep our foot on the pedal and take it to (Iowa State),”Kern said. “There’s motivation because we still have to play Baylor in a few weeks and we want to be at our best for that game and beyond.”

Clark said she likes where her team is at at this point of the season.

“We are getting better every day and it’s the time to get better every day,” Clark explained. “We’re building a lot of confidence and I like where we are at. We want to stay sharp for RPI purposes – we’ve positioned ourselves nicely to move up but we can have any letdowns.”

Pitcher Tiarra Davis recorded her 20th win of the season against North Texas and will be asked to carry the bulk of the load for Texas the rest of the way. Davis had 19 win in her freshman season in 2014.

Courtney Okolo is writing the book on sprinting at Texas