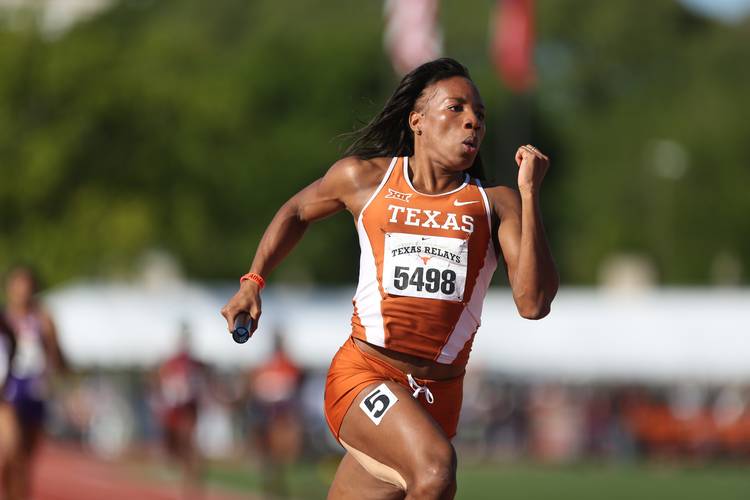 Over the years, Texas athletics has generally steered clear of junior college transfers.

For one, credit hours can be incompatible. Two, coaches see grooming an athlete for four years as a better investment than two.

Yet exceptions are made for special talents, such as track and field star Chrisann Gordon, who heads into this weekend’s Big 12 championships at TCU with major point-scoring potential. Backed by Gordon and several other premier runners, fifth-ranked Texas is viewed as a slim favorite over ninth-ranked Kansas State. The Longhorns are hoping to defend the title they won a year ago at Iowa State. UT’s men, ranked fifth and also looking to repeat, will get pressure from eighth-ranked Texas Tech.

In her first season with the Longhorns, Gordon, a two-time 400-meter junior college national champion, has been everything the coaching staff thought it was getting when she approached them about transferring from South Plains College in West Texas. With a time of 51.03 seconds that she recorded in her first crack in the 400 last month at LSU, Gordon checks in at fourth in the NCAA and fifth all-time at Texas. Her emergence gives the Longhorns a stiff 1-2 punch in the event with top-ranked Courtney Okolo, the collegiate record-holder.

Additionally, Gordon runs the lead leg on the second-ranked 1600 relay and also will chip in this weekend in the open 200 and the 400 relay.

“The goal is to have people come in as a freshman because you want them to have that four-year experience,” UT coach Mario Sategna said. “You want to be able to work to develop them. At the same time, if somebody comes on the radar — a junior college or even an international student — if we have the resources available, we want to add to our strengths.”

Taking the path of junior college should not be viewed as an indictment on Gordon’s academic strength. In fact, the education major does pretty well in the classroom and is on pace to graduate a year from now. However, attending high school in the Jamaican parish of St. Ann, Gordon said she never had designs of coming to the United States for college — and in turn never bothered to take the SAT.

Once she reconsidered, it was too late to apply for the test, so amid limited options she headed off to Levelland and South Plains College, whose track and field program has dominated the junior college ranks for years. There, Gordon twice won the 400 national title and helped her team to three NJCAA titles — two outdoor, one indoor. Last year, she was honored as the nation’s athlete of the year for indoor and outdoor.

When selecting her next stop after South Plains College, Gordon researched the success of Texas’ 400 runners and said she arrived at an easy decision.

“I saw all those girls running fast — Courtney Okolo, Ashley Spencer, Kendall Baisden,” Gordon said. “I wanted to see the training they were doing. I wanted to be just as fast as them.”

Gordon owns something that none of her UT teammates can claim — a gold medal from the senior world championships. In last year’s preliminaries in Beijing, she ran the third leg on Jamaica’s 1600 relay, which qualified second. However, she was replaced in the finals and Jamaica won gold, edging the United States — and former Longhorn Sanya Richards-Ross — by 31 tenths of a second.

Next month, weeks after she could be representing Texas at the  NCAA championships in Eugene, Ore., Gordon will travel to Jamaica for the Olympic trials.

“I’m confident I’m gonna make the team,” Gordon said. “I’ve been training so hard. The only reason I should not make the team is if I’m injured. I’m just trying to take care of my body.”

What’s going on with Texas baseball? For starters, some historically bad numbers