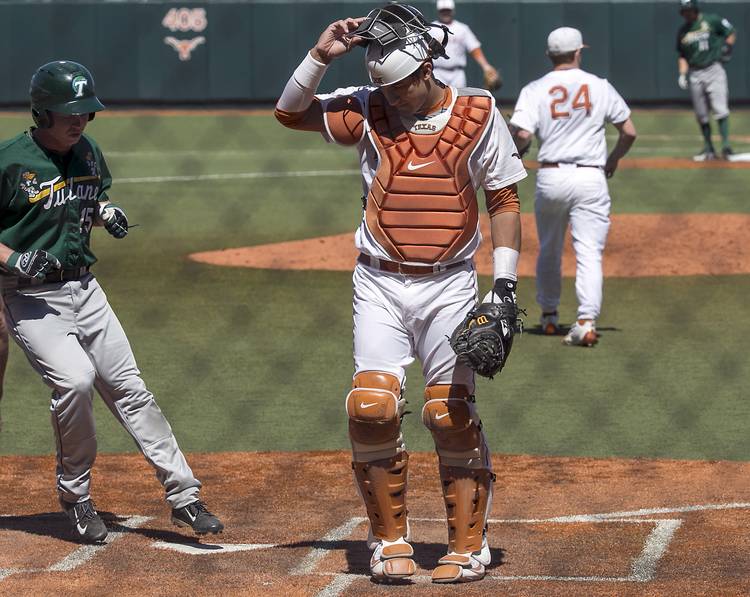 Sunday kicks off the final week of what will go down as one of the worst regular seasons in the 121-year history of Texas baseball.

It’ll be a merciful conclusion to a campaign that began optimistically, though undeserving, perhaps, for a team with minimal experience, unvarnished talent, and wounds from a prolonged bout of mediocrity that punctured deeper than anyone was ready to acknowledge.

At 21-27 overall, it’s probable Texas will finish a season under .500 for just the eighth time and the first since 1998, back when Augie Garrido was trying to get things corrected his second season. The clearest path to that even-water mark begins with a win over Texas State on Tuesday followed by a sweep of Baylor at home. Keep in mind, though, Texas has yet to pull off a four game win streak. Yet even if that scenario did occur, it would leave the Longhorns two games under .500 heading into next week’s Big 12 tournament in Oklahoma City.

Saddled with an RPI of 130 — by far its lowest score since that measurement of success came into existence in 1999 —Texas has known for a couple of weeks that short of winning the conference tournament, it will be shut out of the NCAA postseason for the third time in five years. At 9-12 and coming off of consecutive sweep losses to West Virginia and Oklahoma State, Texas enters this weekend sixth in the nine-team conference and with speculation surrounding the status of Garrido, who may not make it to the final year on his contract in 2017.

So how did it come to this? The answer lies in some historically bad stats, not the least of which was the suffering of the program’s first ever four-game sweep, to Cal, at home, in early March. Since looking like a juggernaut that weekend, Cal is just 16-15 and has fallen from ninth to out of the top 25. More alarming, the Bears are 10th of 11 teams in the Pac-12 standings.

Here are additional stats that tell the story of the 2016 Longhorns.

Going out in style? Texas softball says goodbye to five seniors on Saturday