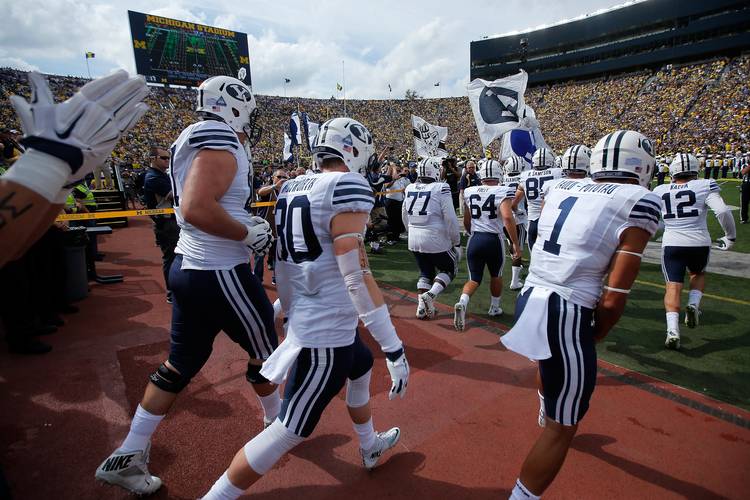 If the conference is to expand, we know this: BYU would serve up a large and energized fan base that knows its way around social media.

Cougars fans proved that this past week when the American-Statesman conducted an online series of 10 possible expansion candidates, and BYU supporters bowled us over with their interest. The message: They want in.

“On 1-to-10 scale of our excitement level about the Big 12, I’d give it, oh, say, an 11,” said BYU alum Tom Lancaster, who lives in suburban Dallas. “The Big 12 is the best fit for us, and we bring more to the table than anyone else. We have a national following and teams who win.”

The Statesman’s BYU piece was pushing 15,000 page views through three full days, about three times as many as Boise State, the second-most popular school on our list.

Of our 10 candidates, BYU carries many advantages. The large school in Provo, Utah, owned and operated by the Mormon Church, has the biggest on-campus facilities, draws the largest crowds in football and basketball, offers strong academics, a clean reputation and even delivers its own TV operation.

“BYU sees itself as a Big 12 school in all facets,” said Ben Criddle, a talk-show host for ESPN960Sports in Salt Lake City. “Yes, they’d love to be in the league. I think the bigger issue for the Big 12 is to find a second school that brings in as much or more value as BYU.”

Whereas schools like Houston, Cincinnati, Memphis and Colorado State have been openly aggressive in their pitches to the Big 12, BYU officials prefer remaining out of the public eye.

“BYU has chosen to play our role in this privately,” athletic director Tom Holmoe told reporters earlier this spring. “It is the way we do our business. We don’t really try to compare ourselves to other people.

“I know (Big 12 expansion) is a big part of our fans’ concern. We think about it a lot. But we don’t really control that. We have to be patient. Sometimes, people think I am not really involved in this. I am involved in this, up to my eyeballs.”

Former football coach Bronco Mendenhall, who had a 99-43 record at BYU, lobbied for Big 12 inclusion. When it never came, he left for the ACC and Virginia after 11 seasons in Provo. BYU plays as an independent in football and participates in the mid-major West Coast Conference in most other sports.

Holmoe understands being an indepedent may not be a sustainable model, especially pitted against Power Five schools.

“I think that’s probably true,” he said. “There is a divide in the resources.”

BYU has dominated several Big 12 expansion polls and done a number on the league’s heavyweights on the field. The Cougars are 4-1 vs. Texas and 2-0 vs. Oklahoma.

But BYU is not without potential drawbacks; religion, politics and geography are at or near the top of the list. Yes, the Big 12 already has two faith-based schools, but BYU brings a unique brand of conservative values with its honor code and strict guidelines.

Scheduling could get sticky, at times. Salt Lake Tribune columnist Jay Drew wrote, “BYU might be willing to budge on many things, but it would drop sports before it would consider playing on Sundays. It’s a non-starter.”

Criddle said geography shouldn’t be a reason to block the Cougars. Forbes Magazine just listed Salt Lake City as having the second-best airport in the United States.

“You can fly all over the place from here, and the difference between a 1½-hour flight and a 2-hour, 15-minute flight is pretty negligible.”

BYU fans are ready for the Big 12 ride, should an invitation come.

“It is a lot about ‘fit.’ BYU and its fans ‘fit’ into the Big 12 better than the Pac-12,” Robert Graham, managing partner at LawyersWest, wrote on the Statesman’s Hookem.com site. “Despite being a private college, BYU has Midwestern politics, academics and family values.”