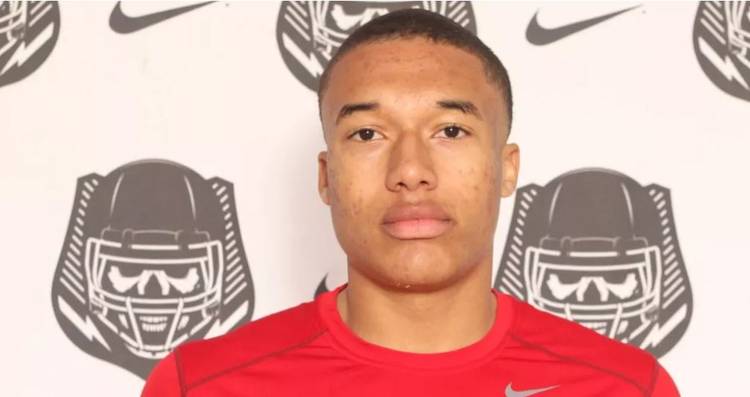 REDONDO BEACH, Calif. — Sorry California, New Jersey and everyone else, Texas is taking charge with six quarterbacks at this week’s Elite 11 Finals.

Kellen Mond is stuck somewhere between a Texan and a Floridian after transferring six months ago from San Antonio Reagan to IMG Academy in Florida. Yet Mond insists, “I’m still Texas.”

Whether Mond returns to the Lonestar State for college is anyone’s guess at this point. On Wednesday, he backed out of his year-long commitment to Baylor over the school’s rape scandal that cost head coach Art Briles his job and immediately named a top three. By the middle of July, Mond said he hopes to pick a new school out of Auburn, Ohio State and Texas A&M.

Mond, a four-star prospect and the nation’s fourth-ranked dual threat QB, said it was an obvious decision to decommit from Baylor, which over the past week has parted ways with its head coach, athletic director and president. Several 2017 commitments and 2016 signees have made plans to do the same, leaving interim coach Jim Grobe with an unsteady roster two months before the start of fall camp.

“When it happened, I talked to my parents and knew the decision to make right off of the bat,” Mond said. “I committed there because of Coach Briles and what he’s done with that program.”

“I want to see what they’re about and what they can do with my skill set,” Mond said.

As it stands, the Aggies have a commitment from Elite 11 finalist Connor Blumrick of Pearland. This week, Blumrick and Mond are among a roster of six Texans that also includes Westlake’s Sam Ehlinger (Texas), Cedar Hill’s Avery Davis (Notre Dame), Desoto’s Shawn Robinson (TCU) and Mesquite Horn’s Chris Robison (Oklahoma).

California and Georgia are represented with three QBs a piece.

Elite 11: Day one nearly a slam dunk for Sam Ehlinger