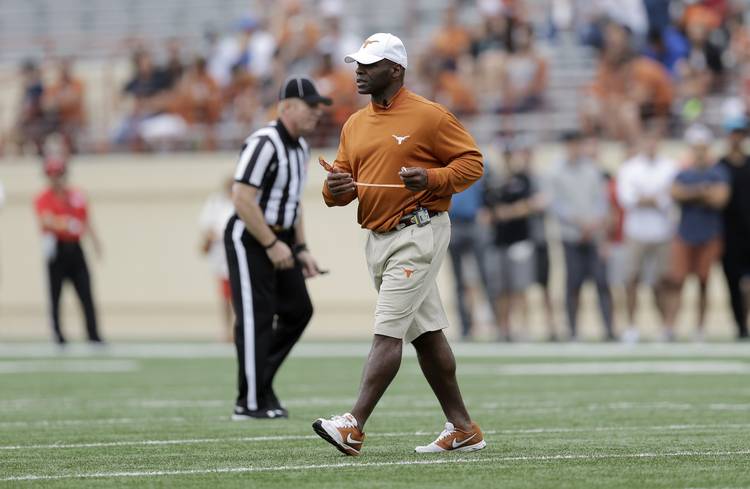 The way it sounds, Charlie Strong is beginning to sour on satellite camps after Texas attracted minimal interest from top recruits at camps in the Houston and Dallas areas last week.

Suggesting the NCAA should revisit rules and possibly limit the number of camps that can be offered, Strong said on Wednesday he believes prospects are overworking their bodies trying to impress college coaches.

“It’s really a grind on a lot of the kids,” Strong said. “They want to be seen, so they’re coming to all of these camps. I just think we can do a better job with the satellite camps and maybe limit the number. I don’t know how to do it. The good (players) that are being recruited aren’t coming anyway.”

Strong said one camper told him he was tired. The reason? The player had gone through a workout at his high school that morning.

Last Thursday, roughly 130 campers showed up to Klein High School near Houston, and aside for maybe one or two of them, Strong’s staff won’t be doing any follow-ups. The following day in Addison produced better talent — including Arlington Lamar defensive tackle Bobby Brown — but in all, Strong’s first foray into satellite camps proved to be an underwhelming venture.