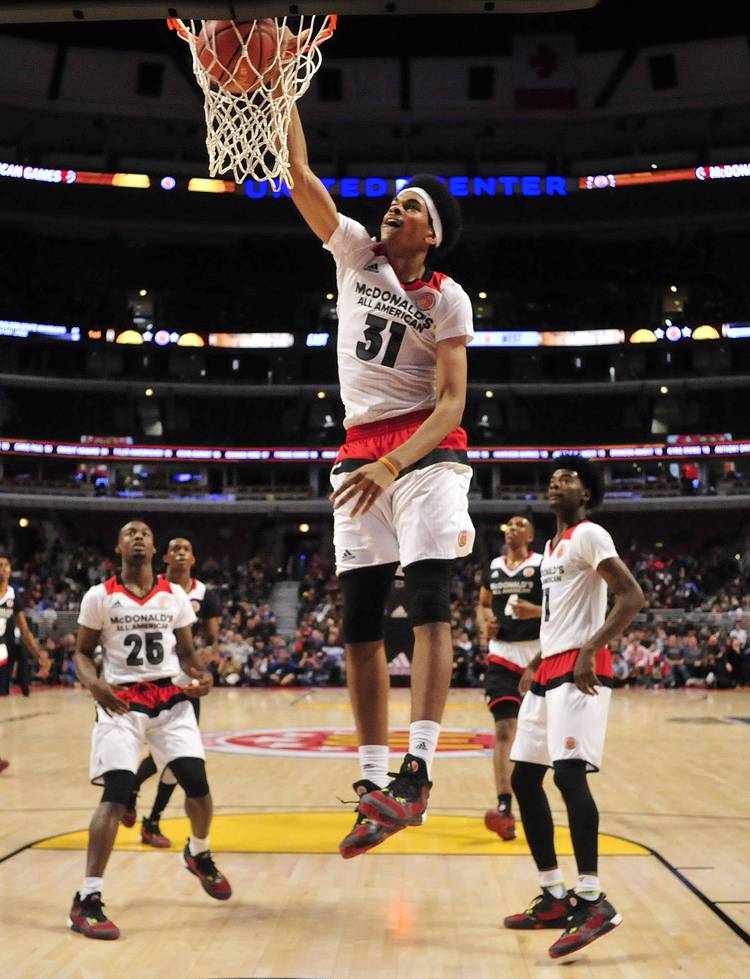 CHICAGO, IL - MARCH 30: Jarret Allen #31 of the West team dunks against the East team during the 2016 McDonalds's All American Game on March 30, 2016 at the United Center in Chicago, Illinois. (Photo by David Banks/Getty Images)

For the better part of a year, St. Stephens forward Jarrett Allen had Texas fans on edge with his college decision.

“Yes,” Smart said Wednesday. “That would be an understatement.”

Addressing the local media for the first time since Allen’s commitment to UT on June 3, Smart called the prolonged chase of the five-star prospect “unique.” Moving cautiously, Allen blew through the early and late signing periods without a decision, and when he finally got around to picking Texas, he did so by signing a non-binding scholarship agreement.

Smart said he could not think of another recruitment as unpredictable as Allen’s.

“I’m just appreciative of Jarrett and his family believing in us to help him become the best version of himself at the University of Texas,” Smart said.

The 6-feet, 10-inch Allen was enigmatic throughout his recruiting, keeping followers in the dark and never dropping hints on social media about his college preference. It was anyone’s guess about the plans of the McDonald’s All-American, who also considered Houston and Kansas. The lack of information coming from Allen’s camp must have been killing Smart, who believed so strongly in Allen’s ability that he held off filling UT’s scholarship allotment to ensure there would be room for Allen.

“He’s not a guy who’s gonna seek a lot of attention, which I really respect,” Smart said. “He’s a laid back guy.”