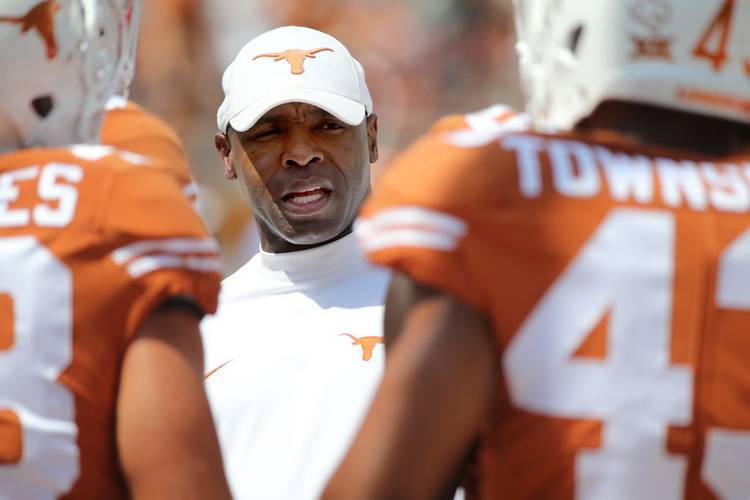 Texas picked up another Baylor defection on Wednesday when four-star offensive lineman Patrick Hudson committed to the Longhorns.

Hudson is the fourth Baylor player to pick UT this summer after being released from binding letters of intent in Waco. The Silsbee product was the nation’s second-ranked guard and the fourth overall state prospect on the American-Statesman’s Fabulous 55 list.

“(Shout out) to all of my close friends and family members for supporting me during this process, God is good,” Hudson tweeted. The 6-5, 325-pounder could instantly compete with Brandon Hodges for a starting position.

Now Strong must become a roster manager. With Hudson joining the mix, the Longhorns are at full capacity, possibly even one or two spots over the 85-man scholarship limit based on the current roster.

Two sources with knowledge of UT’s scholarship totals did not seem concerned. The Longhorns, like all college football programs, lose players for all sorts of reasons. Natural attrition is part of the sport. Players transfer out in search of more playing time, some get hurt and receive medical waivers, and others simply quit.

Going into just his third season, Strong has turned the roster over almost completely. Only 12 scholarship players remain who were signed by former coach Mack Brown. Only six remain from Texas’ 2013 class, including quarterback Tyrone Swoopes and defensive end Naashon Hughes.

Approximately 85 percent of the roster is made up of players Strong has signed the last three years. The bulk of that total came in 2015 and 2016, two classes that earned high grades from the recruiting services.

By adding Hudson, the Longhorns’ freshman class now sits seventh nationally, according to both 247Sports and Rivals. The Horns’ final ranking also got a boost when offensive lineman J.P. Urquidez and brothers Devin and Donovan Duvernay left Baylor and chose UT.

Texas now has seven of the state’s top-20 rated players from the 2016 recruiting cycle, by far the most of any school.

“Patrick and J.P. are two big, physical, talented linemen, and Donovan is an explosive athlete who has played on both sides,” Strong said in a statement. “We’re looking forward to getting them on campus and working with the team.”

Roster notables: Running backs D’Onta Foreman and Chris Warren III both had noticeable measurements in the newest UT roster posted online this week. Foreman’s weight has bumped up to 248 pounds from a spring measurement of 238. Warren is listed at 252 pounds, about the same as he was in the spring.

After 30 days, Texas is still without a baseball coach — what now?

Shaka Smart: All four incoming freshmen need to step up