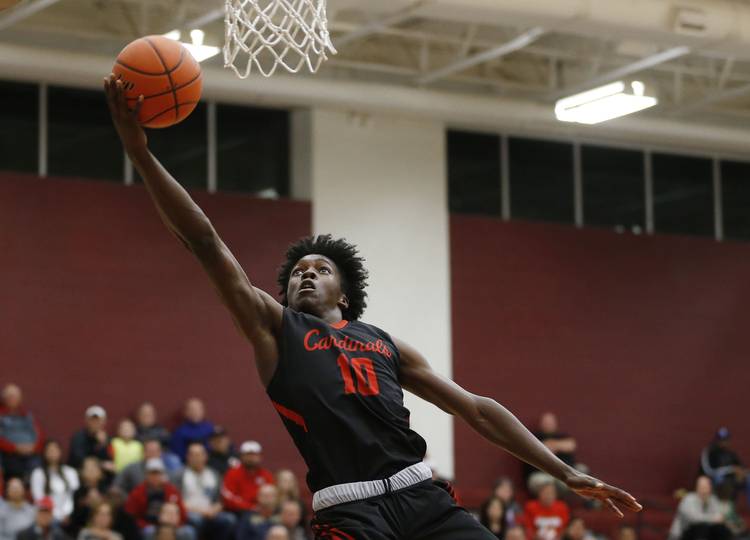 Jarrett Allen will soak up the preseason spotlight, and deservedly so. But Texas coach Shaka Smart believes all four incoming freshmen need to make contributions to help the men’s basketball program.

Considering all four should see extensive playing time early, UT’s non-conference success depends on a solid debut from its freshman class. The Longhorns lost seven scholarship players off a team that finished fourth in the Big 12 last season.

Allen and guard Andrew Jones were both named McDonald’s All-Americans. Center James Banks, along with Allen, is a finalist for the Team USA Under-18 squad this summer. Scout.com slotted guard Jacob Young as the nation’s 13th-best shooting guard prospect.

“These are guys who are coming in have very, very lofty aspirations in terms of what they want to do on the basketball court, and we’re excited about that,” Smart said on Wednesday during a Big 12 conference call. “Last year’s freshmen were no different.

“There are going to be ups and downs as freshmen,” he added. “I tell these guys all the time the key to your freshman year is how you respond when things don’t go your way. But if the first few weeks are any indication, these four guys are highly competitive, they want to learn, they have a very good work ethic. And they’re guys that will certainly been the mix to make a strong impact.”

Allen and Banks are both headed to Houston for the U18 finals beginning July 11 in Houston. Smart is the U18 head coach along with UConn’s Kevin Ollie and Maryland’s Mark Turgeon. If the two Longhorns can make the final 12-man roster, they’ll both head to Chile for the FIBA Americas U18 championship.

While Isom had slightly better shooting numbers at Arkansas-Little Rock, Smart said it’s probably unfair to say Isom can be another Lammert.

“Mo’s a guy we want to come in here, add to our culture, from a work-ethic standpoint, our teamship standpoint,” Smart said. “A guy that when he can get open looks from outside, we want him to knock those down.”

Smart said the same goes for Prince Ibeh (Milwaukee), Cam Ridley (Chicago) and Jon Holmes, who never played for Smart but had a big impact under Rick Barnes. Holmes will play for Memphis’ summer league team.

“There is absolutely no reason he should do anything but continue to follow the process that’s going to go into his success,” Smart said of Taylor. “We appreciate him. We love him, and those guys have done a great deal for this program an we’re never going to forget that.”