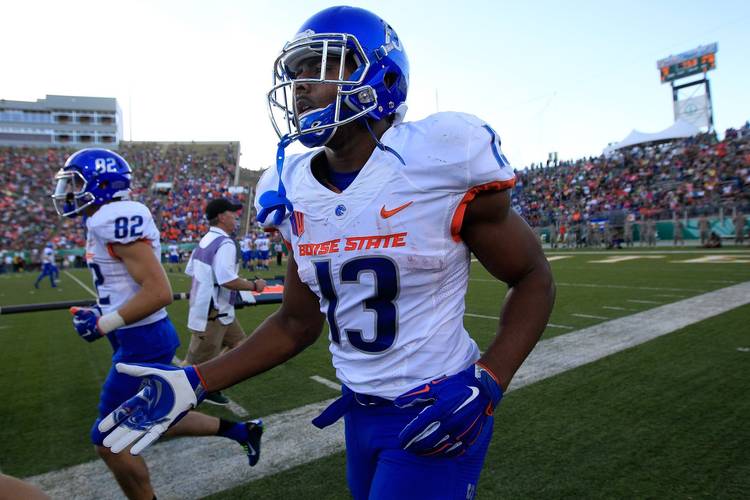 Boise State's Jeremy McNichols is one of the Broncos' biggest weapons. He rushed for more than 1,300 yards and 20 touchdowns in 2015, and added six receiving scores. (Doug Pensinger/Getty Images)

The Broncos will contend if … a rebuilt defense comes close to last season’s production. A year ago, the nation’s 12th-ranked defense allowed 20.2 points. With nine starters and plenty of firepower back from an offense that topped 40 points seven times, the Broncos won’t need a lockdown defense to reach 10 wins and recapture the Mountain West title.

Spring cleaning: The defense suffered a setback when Correa, a pass-rushing terror who led Boise State with seven sacks last year, left early and was drafted by the Ravens with the 42nd overall pick. Coupled with the departure of three starting defensive linemen, the Broncos look a bit vulnerable up front. But coaches touted the play of McCaskill this spring; the 6-3, 257-pound DE looks poised for a breakout senior year. Offensively, Cedric Wilson — a 6-3, 190-pound junior college transfer — should add to the wealth of talent at wideout.

The Opening: Lewisville’s Tyrell Shavers is a big man with a small number

The Opening: Sam Ehlinger’s strength coach keeps him — and his hips — in line