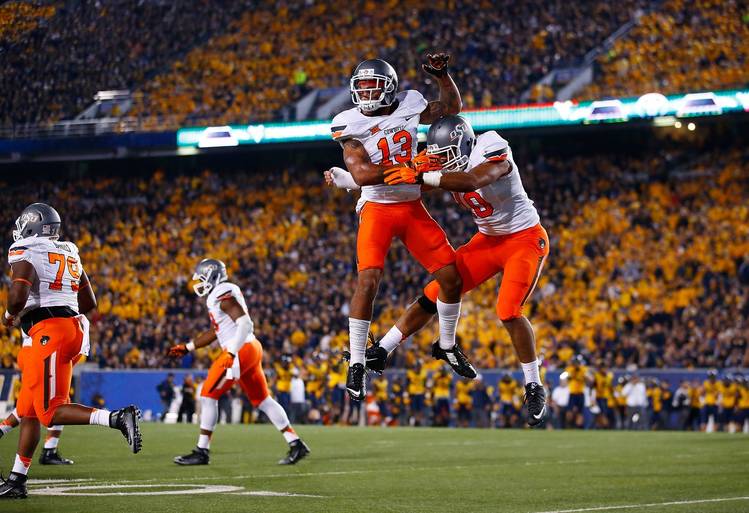 Today’s team: No. 22 Oklahoma State (Related coverage: A numbers game — What impact will Barry Sanders Jr. have on OSU?)

The Cowboys will contend if … they put together a stronger offensive line after big-time disappointment the last few years to upgrade a rushing attack that ranked 114th nationally in 2015, and if they can generate an effective pass rush out of Jordan Brailford and Jarrell Owens after losing their top two defensive ends, one a first-round NFL pick.

The key game: Dec. 3 at Oklahoma

Spring cleaning: Oklahoma State should press Oklahoma as a top contender in the Big 12, but needs to solidify the offensive line; the Cowboys averaged only 3.6 yards a carry in 2015. Victor Salako and Zach Crabtree man the tackle spots, and guard Mike Wilson brings a toughness to that unit. … QB Taylor Cornelius, a former walk-on, had an impressive spring and is pressing for the backup position. … The Cowboys started strong last year — 10-0 — before getting crushed by Baylor, OU and Ole Miss in the Sugar Bowl. They were outscored 151-78 in those three games.

No. 21: Coming Sunday. Want a hint? This was the final opponent Mack Brown faced as Texas’ coach.

The Opening: Malik Jefferson to coach Sam Ehlinger’s 7-on-7 team — plus other notes