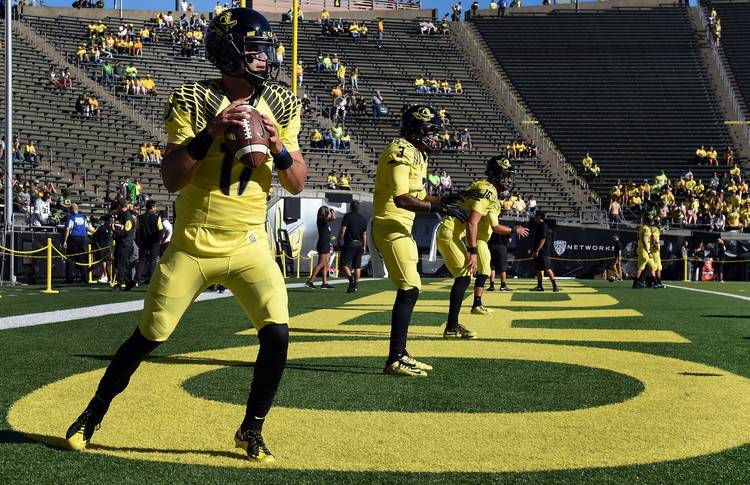 Today’s team: No. 21 Oregon (Related coverage: Oregon wants to play defense this year too, and that’s no Hoke)

The Ducks will contend if … they improve a dreadful defense while adjusting to a new quarterback who may have ties to the Austin area. Oregon had been ranked fourth, second and fifth in this poll over the past three years, so will the Ducks have the last quack?

Spring cleaning: Oregon’s biggest off-season acquisition was Prukop, a transfer who threw for 3,025 yards and rushed for 797 yards at Montana State in 2015. … The Ducks’ 2016 recruiting class was ranked 28th in the country by 247Sports’ composite ratings. … The 49ers used their first-round pick on Buckner, while linebacker Joe Walker was taken by the Philadelphia Eagles in the seventh round.

The Opening: Round Rock’s James Lynch takes coaching from the best