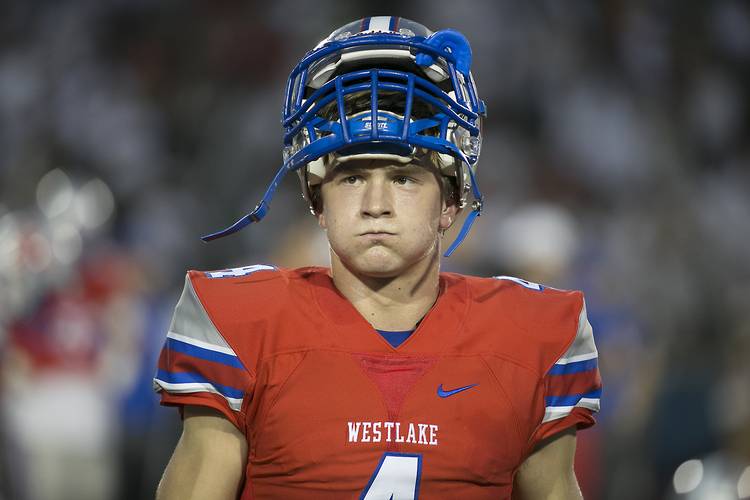 BEAVERTON, Ore. — Though he did not play much on the final day of competition, Sam Ehlinger’s Team Fly Rush finished runner up in the 7-on-7 tournament at The Opening.

Ehlinger, a University of Texas quarterback commit from Westlake, took a backseat to Stanford commit Davis Mills and had meaningful snaps in only one of Fly Rush’s four games on Sunday. The team’s bid to be champions ended in a 38-20 loss to Vapor Speed in the championship game. Ehlinger entered in the second half with a 32-point deficit and twice drove the offense for a touchdown.

It was Fly Rush’s second loss on the day to Vapor Speed, which is comprised of six Alabama commits and eight Oklahoma commits, including receiver Jalen Reagor (Waxahachie), who caught a touchdown in both games, and quarterback Chris Robison (Mesquite Horn).

In the first meeting, Ehlinger drove Fly Rush for a touchdown before halftime, cutting the deficit to eight points with a toss in the end zone to Jeremiah Holloman. Yet, Vapor Speed took control in the second half when Reagor outran the secondary after pulling in a catch on the sideline from Alabama commit Tua Tagovailoa. The final score was 22-14.

Overall, Fly Rush team went 4-4. Both Ehlinger and Mills had success with Stanford commit Colby Parkinson, a 6-feet, 7-inch tight end who dominated throughout the tournament.

The Opening: Round Rock’s James Lynch takes coaching from the best