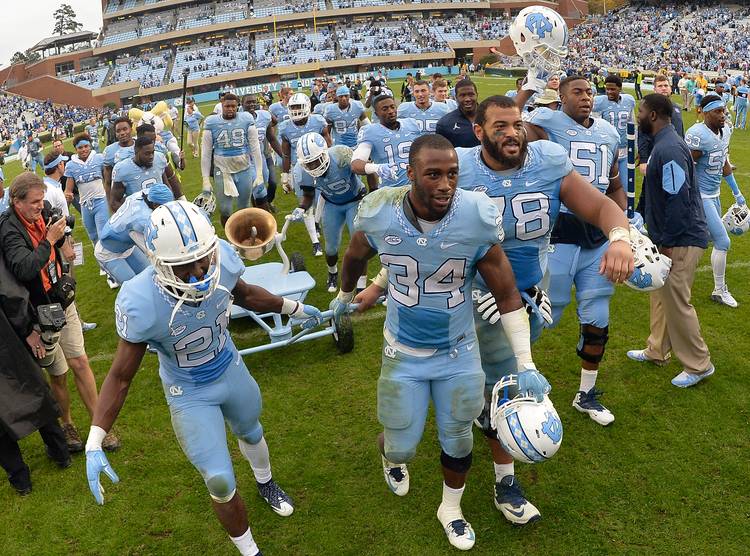 The Tar Heels will contend if … new starting quarterback Mitch Trubisky, a former Mr. Football in Ohio, provides a seamless transition from school record-setter Marquise Williams. Just as importantly, former Texas defensive coordinator Gene Chizik, entering his second year in Chapel Hill, must continue to coax improvement out of a front seven that was trampled by enemy ballcarriers.

INSIDE THE TAR HEELS

Spring cleaning: For the second year in a row, no Tar Heels were drafted (only signed as free agents). That’s because most of the NFL talent is still on campus, although lacking are the elite players that populate the Clemson and Florida State rosters. UNC, which pushed Clemson to the limit in the ACC title game, had a quiet offseason and will be content to retain the favorite’s role in the Coastal Division — the other side of the bracket from the Tigers and Seminoles.

The Opening: Assessing the 22 Texans who participated