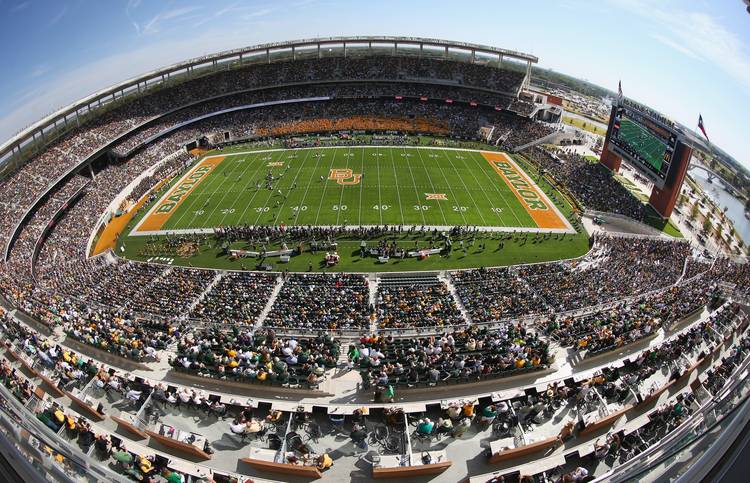 Baylor likely will feel what it's like playing in a fish bowl this season, as the nation's eyes watch what happens on the field in Waco -- for a change. Offseason scandals, firings, transfers and lawsuits have hit the Bears program hard. (Tom Pennington/Getty Images)

The Bears will contend if … the players can recover from a sexual assault scandal that rocked the campus and forced the ouster of coach Art Briles. The Bears should still have a dynamic offense if they can rebuild their line. The defense, which lost its entire starting line to graduation or the NFL, will be problematic. Cannon, the standout receiver, had arthroscopic surgery this week that the school is calling “minor.”

Spring cleaning: Where to start? The massive changes have come since May, when Briles was removed as head coach after an independent review found that the football team believed itself above the law when it dealt with allegations of sexual assault. Grobe, who has been out of football since 2013, was hired as “acting” head coach. He announced that he’s keeping all of Briles’ assistants and also would maintain Baylor’s up-tempo offense. The school released five freshmen from their national letters of intent, and a sixth, who already was on campus, transferred to Houston. Recruiting, at least for now, has been gutted — every 2017 commitment but one has backed out. And July started with more bad news. Stidham, who ended the spring as the co-No. 1 at quarterback, announced his transfer, too.