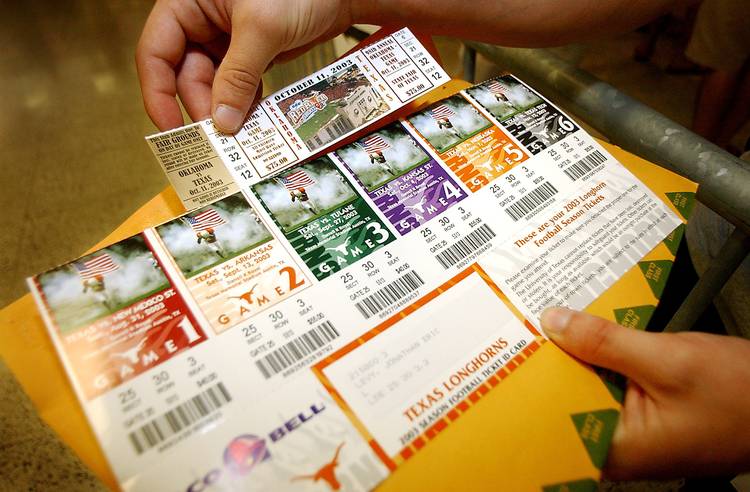 The Aspire Group’s employees reached their sales goals and sold more than $45 million in tickets to University of Texas athletics events during the 2015-16 season.

Yet in a June 24 letter to Aspire’s founder, UT athletic director Mike Perrin wrote that he was “not interested” in keeping the relationship going forward, according to documents obtained by the American-Statesman through open records requests. According to Perrin’s letter, he wants the 32-person ticket sales force out by Aug. 26, nine days before the football season opener.

No final decision has been reached, though. A source said attorneys for both sides are in discussions.

The Statesman reported in June that Perrin wanted to end the athletic department’s relationship with The Aspire Group, an outbound season-ticket sales and service team hired by former athletic director Steve Patterson. Aspire founder Bernie Mullin said he had “no intention of walking away from the contract.”

According to information obtained through open records, Aspire’s sales force sold $45.4 million in Longhorns tickets during the most recent school year. The stated goal was $45.2 million. Aspire is contractually required to sell only 90 percent of its stated goal or risk contract termination.

That’s approximately $4.5 million more than the amount of ticket revenue generated by UT’s major sports during the 2014-15 academic year, according to UT’s own third-party audit. Overall, that’s a bump of 10.9 percent.

However, it should be noted the 2015 football season saw an average ticket price increase of about 6 percent. Football ticket sales came up $248,605 short of the stated goal of $38.4 million. Five other sports’ totals exceeded their ticket sales goals. Women’s soccer was $5,588 short.

Perrin’s letter came after a phone call with Mullin, where Perrin first expressed his desire to break the contract.

“My decision is about more than cost containment and revenues,” Perrin wrote in the letter, obtained by the Statesman. “While those are important this is primarily a philosophical decision with regard to how I, and my management team, see the culture of Texas Athletics and what I believe Texas Athletics should be and represent.

“I believe the direction and tone of our relationships with our incredible donor and fan base needs to be adjusted, starting with the Longhorn Foundation once again leading those important relationships,” Perrin continued.

Perrin stated it was “my intention to come to an agreement to terminate our contract this summer. I am not interested in trying to figure out a way to keep this relationship active moving forward.”

Perrin stated he wanted to work in an amicable manner, so Aspire employees have “a sufficient runway for your staff here in Austin to begin to look for other employment.”

The Statesman reported on June 30 that Perrin was exploring the idea of turning ticket sales back over to the Longhorn Foundation.

Historically, the Foundation has been the primary fundraising arm for UT athletics. But an internal audit reveled Foundation employees were responsible for widespread abuses regarding tickets, rewarding favored donors and printing tickets to distribute without UT’s knowledge. School officials refused to even estimate how much money had been lost over the years.

After the audit, Patterson took all ticket-selling responsibilities away from the Foundation and ordered the group to have more philanthropic duties. Since then, it has been zapped by personnel losses for various reasons, many unrelated to ticketing.

“I think Bernie’s a perfectly fine representative of the industry he’s in,” Perrin said during an interview on June 30. “I just don’t think we need that kind of personnel, that kind of overhead, that kind of factor dealing with selling tickets to University of Texas sporting events.”

Perrin added that he “doesn’t believe in breaking contracts.” However, Aspire’s contract does not feature a buyout provision. The determined sales goals are set in conjunction by Aspire and UT athletics.

The following information is the most recent contract between UT athletics and The Aspire Group.

The American-Statesman’s Top 25: No. 17 Washington