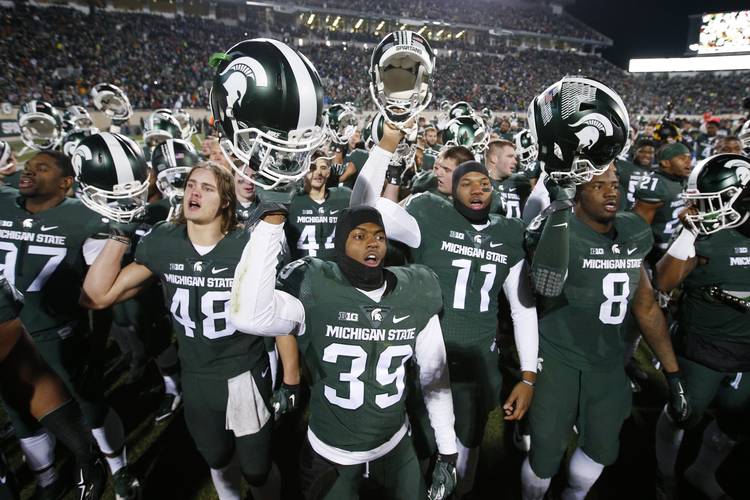 The Michigan State Spartans enjoyed a very successful 2015 season, making it all the way to the CFP national semifinals. But they have holes to fill in 2016 if they hope to contend for another playoff berth. (Joe Robbins/Getty Images)

The Spartans will contend if … they can effectively replace quarterback Connor Cook, a three-year starter who went 34-4 and broke virtually all of Michigan State’s passing records. However, the Spartans will need to do more than just find a reliable quarterback if they hope to win 11 games for the sixth time in the past seven years — Michigan State also must replace three of its top four receivers from 2015.

Spring cleaning: Dantonio and his staff went into the spring with one priority: Rebuild the passing game. They seemed to have achieved that goal; in the spring game, fifth-year senior Tyler O’Connor completed 10 of 16 passes for 138 yards and a touchdown in limited action. More importantly, O’Connor again showed the poise that he exhibited while filling in for an injured Cook in last year’s upset win over Ohio State. Touted freshman receiver Donnie Corley had a quiet spring game, but the coaches still believe that the 6-3, 190-pound four-star recruit will emerge as a difference-maker. Defensively, graduation took a toll on the front with the departure of three starting linemen.

No. 15: Coming Sunday. Want a hint? This school opens its season against Alabama and ends it with Notre Dame.