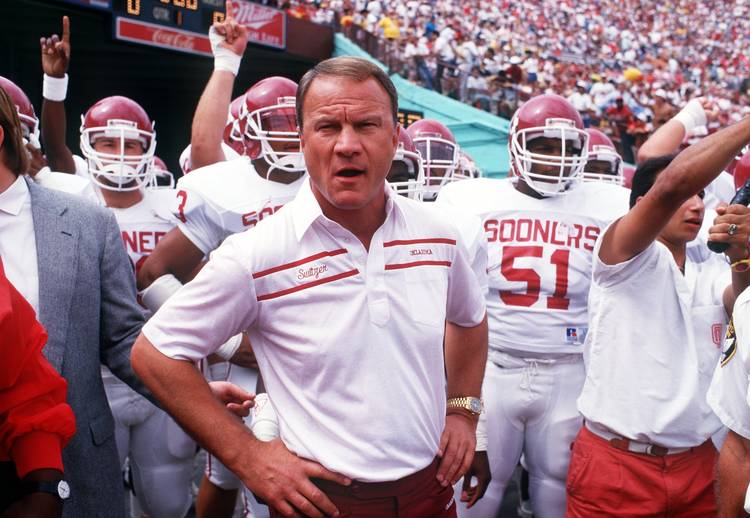 Big 12 media days are upon us again, which can mean only one thing.

Coaches, players and reporters from all over the league will schlep to Dallas and spend Monday and Tuesday praying the Omni Hotel’s air conditioner doesn’t go kaput. The whole proceeding has become sterile. Coaches now attend a two-day press event with the singular mission of not making any news at all.

Maybe this is a simple cry for nostalgia — or a cry for help. The first Big 12 media day in 1996 in St. Louis, Mo., was the same as the next 18, as No. 20 will be this week. I long for a return to yesteryear, when reporters traipsed around the countryside on the old Southwest Conference press tour and the similar Big Eight skywriters tour.

Millennials probably can’t envision this, but there was actually a time when coaches and reporters talked — gasp! — face to face. SWC reporters literally loaded up and drove to College Station, Austin, Waco, Lubbock and Fort Worth during the summer. Meanwhile, Big Eight journalists would make their way to Oklahoma, Oklahoma State, the two Kansas schools, Iowa State and eventually Colorado.

“It was a different era, different time,” former OU coach Barry Switzer said. “It was always enjoyable. I never did not like a party where we’d sit around with a bunch of guys and drink. I can entertain.”

Said longtime SWC PR man Bo Carter: “After you got off the press tour, you didn’t get your cholesterol or your blood alcohol level checked for two weeks.”

The old press tours died out in the early 1990s. The vast majority of stories unearthed on those tours would scorch this family newspaper. Some Big Eight writers distinctly remember then-Oklahoma State coach Jimmy Johnson lathered up at the Holiday Inn in Stillwater one night yelling, “We’re gonna knock their eyes out!”

Carter remembers one night at “a school that shall remain unnamed” where coaches and reporters were sitting around playing cards. “The assistant coach punched this guy, and he had a black eye the next day. He didn’t complain, because he’d been dealing off the bottom of the deck or something. He rode the bus the next day with a hat pulled way down on his head.”

But, as Switzer pointed out, that was a different time. It became too cost-prohibitive to travel around like that. A 1991 article in the Lawrence Journal-World said that for the first time in 29 years, the Des Moines Register would miss the Big Eight tour. “The reason? A business decision,” assistant sports editor Gary Bedore wrote at the time.

“You guys wouldn’t want to be staying at the Super 8 or the Motel 6. I know that,” Switzer said.

With time’s advance, the media has largely sabotaged itself. The advent of social media created this pressure to turn the mundane into Something Important. The anonymity of Internet message boards fuels the distrust even more.

“I wouldn’t last a year,” Switzer said. “Well, I’m sure I could. I could adjust to anything you had to do. But I’d just have a burlap sack outside my door and you’d throw your damn phone in there before walking in. That’s how you handle that bull—.”

Dykes said he loved when reporters from places like Dallas, Fort Worth and Austin showed up in Lubbock.

“It was like the parade before the rodeo,” Dykes said from his home in Horseshoe Bay. “It’s a lot easier to talk about people when they’re in their habitat, and you see what they’re dealing with every day. You go to the University of Texas and you’d say, ‘Man, I had no idea this was so big.’ You got to Tech and it’s all right there together. You had a feel for the stadium, you had a feel for the clientele and you certainly had a feel for the coaches and players.

When reporters hit College Station, A&M officials usually took them for dinner at Tom’s Barbecue, a legendary place in its time that served the ubiquitous “Aggie special” on wax paper, not plates. Then reporters would spend the next day watching A&M practice and interview essentially whomever they wanted.

For well-known scribes like Blackie Sherrod, Harless Wade, Denne Freeman and Mickey Herskowitz, it had to be heaven.

“I think nowadays, coaches are so guarded,” former A&M coach R.C. Slocum said. “Back then, there’s a level of trust with those guys. If you told them something that you’d share with them if it wasn’t printed, you didn’t have to worry about it showing up.”

Could those days ever be resurrected? Financially speaking, probably not. The conferences certainly aren’t going to pay for it. Longtime Texas sports information director Bill Little said the Internet allows everyone to get information about their favorite team whenever they want.

“I don’t know that you could recapture it, simply because of the changing dynamic of what the media is today, the definition of which will remain uncertain for a very long time,” Little said.

So we’ll all head to Dallas this week, hoping for a glimpse of candor, however brief. Just don’t be surprised if 10 coaches show up acting vanilla.

Five things to watch for at Big 12 media days