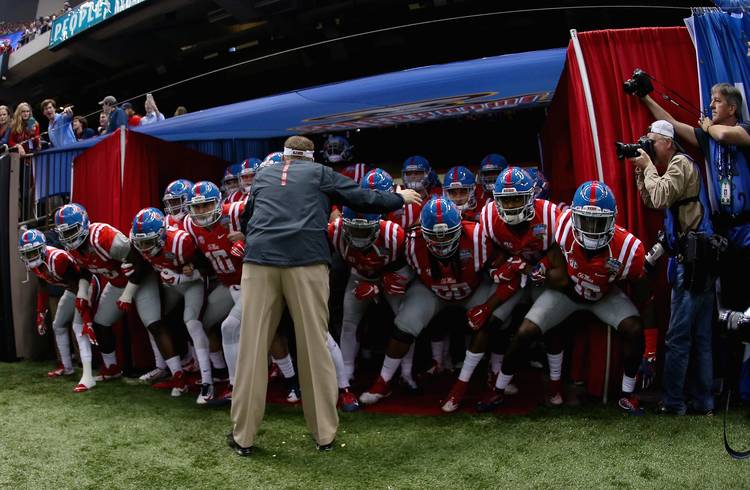 The Rebels will contend if … they can survive a truly brutal schedule while breaking in the most new starters in the SEC. It seems ridiculous that a team from the SEC West, which every year is committed to facing Alabama, LSU and Auburn, would also draw Georgia from the East and play non-conference games against Florida State and Memphis. According to ESPN’s power index, Ole Miss trails only USC in preseason strength of schedule.

Spring cleaning: Frankly, it was an offseason the Rebels would just sooner forget. The NCAA released a notice of violations accusing Ole Miss and its boosters of, among other things, loaning cars to athletes, providing free lodging to players and giving cash to students and their families. The allegations became public just days before national signing day, yet the Rebels still managed to land the nation’s No. 6-ranked class with three five-star players, including Allen offensive tackle Gregory Little. Acknowledging mistakes were made, Ole Miss self-imposed penalties which include forfeiting 11 football scholarships over four years. Another offseason low point was the NFL Draft. Though the Rebels had three players taken in the first round, the evening was hijacked by a leaked video showing Laremy Tunsil, the No. 13 pick, smoking marijuana from a gas mask, as well as a social media post where Tunsil was shown sending a text message asking an Ole Miss coach for money.

No. 12: Coming Wednesday. Want a hint? This school is the highest-ranked school from Texas in our Top 25 — and it’s not in the Big 12.

Texas notebook: A bunch of freshmen, but no kickers — yet