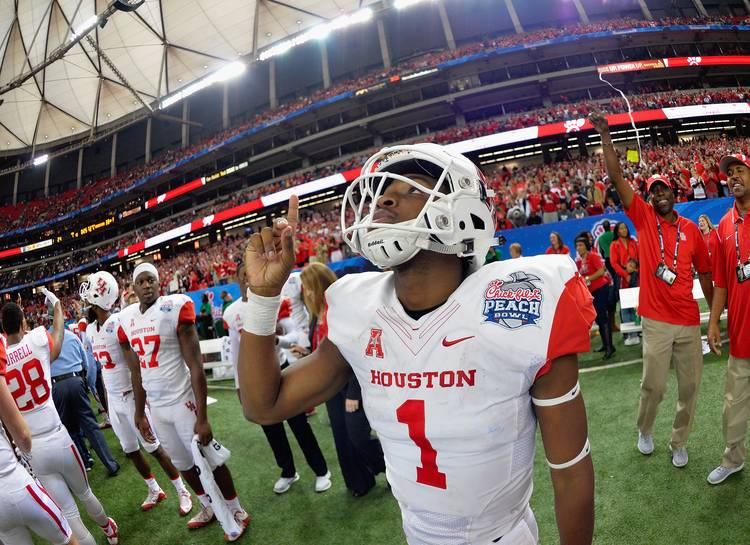 The Cougars will contend if … quarterback Greg Ward Jr. is invited to New York City for the Heisman Trophy ceremony in December. The Cougars lost only one game all season in 2015, and that came when Ward didn’t start against UConn because of an injury. Ward is one of the most electrifying playmakers in college, and while slight of build — he’s listed at a generous 5-11, 185 — he plays big for his position. He has a 19-2 record as a starter.

Spring cleaning: The Cougars were one of the best feel-good stories of 2015. Herman brought a championship mentality from his days with Urban Meyer at Ohio State, and the American Athletic Conference offered very little resistance to Houston and its mercurial QB who was one of only two FBS quarterbacks to pass for 2,000 yards and rush for 1,000. Clemson’s Deshaun Watson was the other. … The Cougars are hoping to tighten things up on the other side of the ball, but will have to do so without William Jackson III, a ballhawk who returned two interceptions for touchdowns last season. Also gone from the secondary are Adrian McDonald and Trevon Stewart, who combined for 26 picks over the last couple of years.

Bowlsby: Big 12 expansion more likely two years away, not one