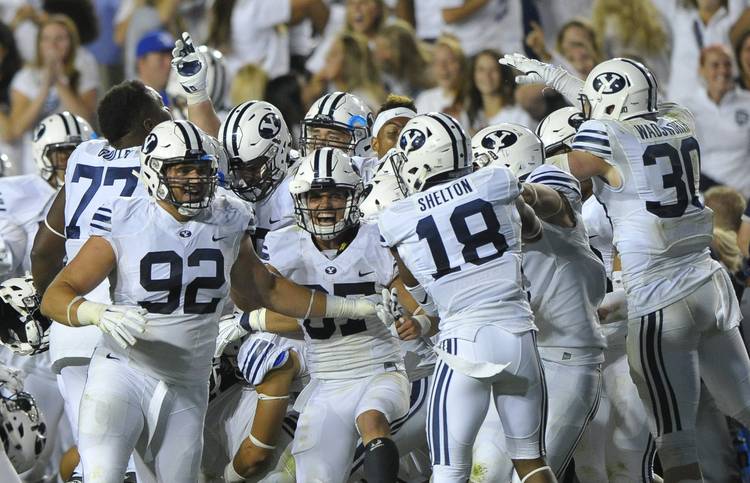 Once Big 12 commissioner Bob Bowlsby announced on Tuesday that the league may add two or four teams, university administrators across three time zones cranked up their PR machines.

All believe they are worthy of playing major college football. And all of these perceived smaller schools know how much money they could make by getting called up to the Power Five.

“I’m open to expansion if the proposal is a strong one,” said Texas President Gregory L. Fenves, a member of the Big 12’s executive committee. “The conference is actively evaluating the possibilities.”

“We have a record that any school in any league would envy,” Connecticut athletic director David Benedict said in a statement.

Down in Orlando, Central Florida president John Hitt told the Orlando Sentinel, “We ought to be considered very seriously. There ought to be a home for us in the Big 12.”

Cincinnati officials were taking a quiet approach, telling the American-Statesman they would have no public comment at the moment. Meanwhile, in a personalized video sent to KRIV-TV, Houston billionaire Tilman Fertitta said this was an exciting moment for the Cougars.

“Whatever happens, happens,” the UH board of regents chairman said. “But if anybody belongs there, the University of Houston does.”

BYU athletic director Tom Holmoe said he was “obviously excited” about the Big 12’s decision. “I believe we have an exceptional athletic program,” Holmoe said.

Gary Susswein, a UT spokesman for Fenves, tapped the breaks a tad. “There has been no discussion about any specific schools,” Susswein told the American-Statesman.

Big 12 officials would say none of these teams are getting in — yet. The Big 12 board of directors authorized Bowlsby to “actively evaluate” each team’s interest in joining the league and how that might affect the league’s overall health.

But it seems highly unlikely the Big 12 will go through this exercise only to stand pat.

Eight of the current 10 schools would have to vote to approve a new member. How each school determines their vote is anyone’s guess. “We want to find the strongest possible partners for expansion,” Oklahoma president David Boren told reporters on Tuesday.

Expect everyone else to tout recent, ongoing or planned construction to their football facilities.

Houston can tout $240 million in facility upgrades. Memphis officials have promised to bring the financial heft of FedEx, which is headquartered in Memphis, as a possible corporate sponsor.

According to the Orlando Sentinel, Hitt sent a letter to Oklahoma State’s Burns Hargis indicating that Central Florida could pull off a stadium expansion. “We also want to be realistic that we don’t know all there is to know and we may never know all the factors that are involved in something like this,” Hitt said.

Here’s another question: Why does the Big 12 suddenly want to expand now? There was no major movement toward expansion at the league’s spring meetings. In fact, Bowlsby, Boren and others had indicated that expansion talk was cooling down.

The ACC’s sudden announcement of a digital network may have sent chills down their spines. The league has reached a 20-year deal with ESPN that extends the ACC’s rights agreement through  the 2035-36 athletic year. The new deal also locks up Notre Dame’s pact with the ACC through a similar timeframe.

So the Big 12, the only Power Five league with 10 teams, is setting out to find new partners. Fortunately for Bowlsby, there are plenty of willing suitors.

Bowlsby: Big 12 expansion more likely two years away, not one