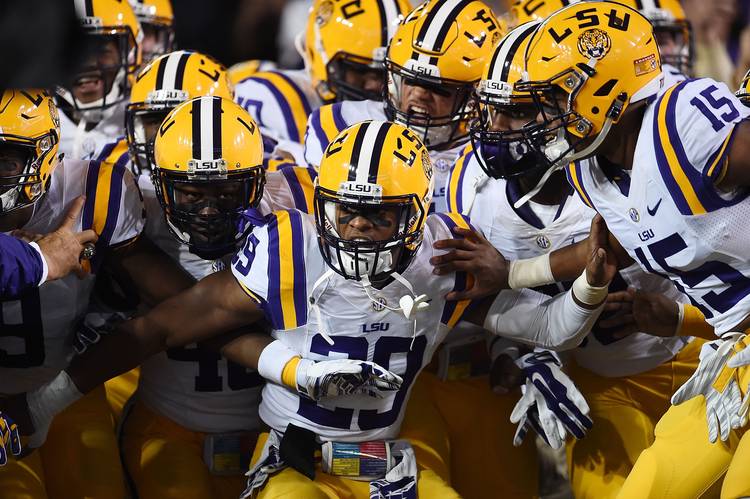 Safety Rickey Jackson leads his teammates onto the field prior to a game against the Arkansas Razorbacks at Tiger Stadium last November. Jackson returns this season as a senior. (Stacy Revere/Getty Images)

The Tigers will contend if … quarterback Brandon Harris (assuming he’s named the starter) continues to progress behind an offensive line that lost starting tackles Vadal Alexander and Jerald Hawkins to the NFL. We already know the talents of running back Leonard Fournette, who ran over, around and through the opposition in a terrific sophomore campaign that at one point appeared to be on a collision course with the Heisman Trophy. Harris’ job is to manage the offense and keep run-expecting defenses honest.

Spring cleaning: Les Miles nearly lost his job last season after the Tigers dropped three straight games following a 7-0 start. We all remember his players carrying Miles off the field after LSU’s 19-7 win over Texas A&M and the revelations of a halftime meeting of power brokers and the decision to bring Miles back for another season. So Miles is back, albeit without a contract extension. … Dave Aranda, the new defensive coordinator, guided his last three Wisconsin defenses to top-10 rankings; his 2015 defense led the nation in points allowed (13.1). … LSU was picked to finish second in the SEC West and second overall in the conference by the SEC media.

No. 5: Coming Tuesday. Want a hint? This school’s head coach has been both an NFL quarterback and an NFL head coach.

The American-Statesman’s Top 25: No. 5 Michigan