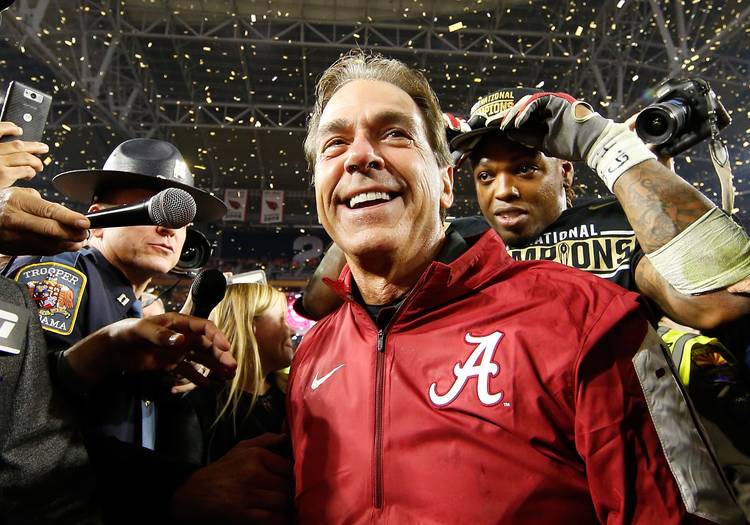 Why is Alabama a national championship contender? The conversation begins and ends with Nick Saban, who's won five national titles, including four with the Crimson Tide. (Christian Petersen/Getty Images)

INSIDE THE CRIMSON TIDE

Spring cleaning: The six “goodbyes” above were each taken in the first two rounds of the draft. No problem. Wait until you see the new guys — Bama’s second team could probably win the SEC East. Nick Saban can pick successors from his No. 1 recruiting class of 2013, his No. 1 class of 2014, his No. 2 class of 2015 or his No. 1 class of 2016. Oh, and there are still a few fifth-year seniors around from the No. 1 class of 2012. An embarrassment of riches. … Jeremy Pruitt, a former Saban assistant who’s been at Georgia the past two years, takes over for Kirby Smart as defensive coordinator. The Crimson Tide shouldn’t miss a beat.

No. 1: Coming Saturday. Want a hint? The school mascot is the tiger, the head coach’s first name is Dabo, the school is situated in South Carolina — and the quarterback’s name is Deshaun Watson. Those hints should be sufficient, we think.

Texas countdown to football: How the last 5 UT coaches fared in year 3