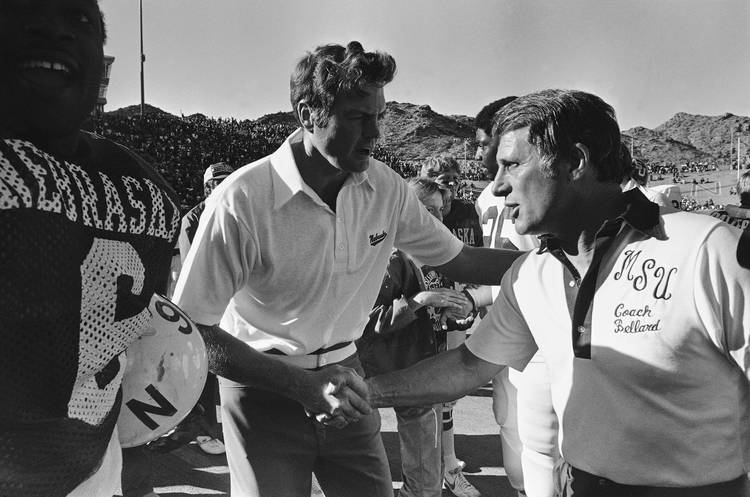 This offseason was an offseason of change of sorts for Texas. The Longhorns added a new offensive coordinator and various other position coaches. But who are five assistant coaches who really standout in Texas history?

Greg Davis was one of the best offensive play callers in Texas history, and yeah, we know he frustrated Texas fans. We know the scheme didn’t work in his last couple seasons. We get it. But remember, he was the offensive coordinator during 2005 and led the offense back to the title game four years later. He also helped Ricky Williams break the rushing record, Cedric Benson become one of the greatest running backs in Big 12 history, and, oh yeah, Colt McCoy and Vince Young were quarterbacks he helped developed. Davis is now killing it at Iowa.

Texas was already well regarded for producing great defensive backs, but Akina made it  “DBU.”  His work at Texas during the last decade pretty much makes him one of the greatest assistant coaches in Texas history. Earl Thomas, Michael Huff, Aaron Ross, Quentin Jammer and many, many more became stars under Akina. He was the co-defensive coordinator with Greg Robinson and Gene Chizik. While at Texas 28 defensive backs were drafted and three won the Thorpe Award. Akina left Texas and is now the defensive back coach at Stanford.

Two former Texas assistant coaches have gone on to be head coaches on the 40 acres: David McWilliams and Fred Akers.  Akers gets the nod in the top five because he was the Co-offensive coordinator in 1969 and 1970 when the Longhorns won national championships back-to-back. Akers’ post assistant career is also strong. He coached Texas to 86 wins from 1977-1986.

When Royal retired in 1976, there was controversy in Austin when his right-hand man, defensive coordinator and assistant head coach Mike Campbell didn’t get the top job. He was passed over for Akers, who had been the head coach at Wyoming, and  retired from coaching after being overlooked. Campbell was there for all of Royal’s Texas accomplishments. Campbell was the architect for most of Royal’s best defenses. Also, three of Campbell’s children played at Texas.

Bellard was a revolutionary coaching mind who developed the wishbone offense at Texas under Darrell Royal. He started his Texas career as a player in the 1940s. After nearly 20 years coaching Texas high school football in stops like Ingleside and San Angelo Central and winning six state titles, he went to Texas as a linebacker coach. He was then was moved to co-offensive coordinator and Texas won two national championships with him calling plays with Fred Akers. Bellard was hired to be head coach at Texas A&M (blasphemy!) in 1972 and also was the head coach at Mississippi State from 1979-1985.

Did we miss anyone? Here is the complete list of Texas assistant coaches.

The American-Statesman’s Top 25: No. 1 Clemson