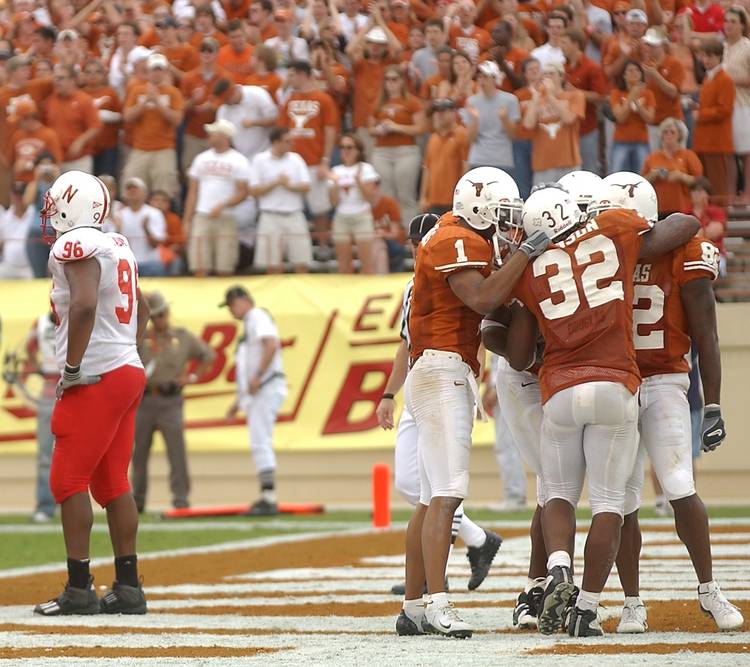 This year will feature a talented roster of mostly underclassmen. In fact, four sophomores are All-Big 12 preseason players and the quarterback could wind up being a true freshman. But what are some of the best rosters Texas has ever had? Which roster had the most next-level talent? What about the most All-Americans? Don’t be confused about how well they did on the field, this isn’t the best teams, but the best rosters.

Here are five rosters to remember:

This team was loaded. Tony Brackens, Taje Allen, Bryant Westbrook, Chris Carter, Chris Atkins were some of the defensive players. Ricky Williams was a freshman. Priest Holmes and Shon Mitchell were in front of him. But Holmes got hurt and missed the season. Williams rushed for 990 yards, while Mitchell finished with 1,099. James Brown was the quarterback, Phil Dawson the kicker and Wane McGarity was on the team.  Members of this roster were drafted 12 times. Offensive lineman Dan Neil went onto become one of the best offensive linemen in the NFL during his playing career and won two Super Bowls with the Broncos. Dawson was still kicking as of last season in the NFL. The 1995 team went 10-2-1 with wins over Texas A&M , Virginia and Texas Tech. This team couldn’t beat Oklahoma and lost to Notre Dame on the road 55-27. This team also lost to Virginia Tech in the Sugar Bowl, 28-10.

In the 1984 NFL Draft, 17 Longhorns were taken, including first round pick Mossy Cade and second round picks Doug Dawson and Ed Williams. Mike Ruether was a supplemental pick in 1984. In 1983, Kiki DeAyala and Herkie Walls were drafted and in the draft a year earlier 12 more Longhorns were taken, including the No. 1 overall pick, Kenneth Sims, and three second-round picks. The 1981 team unsurprisingly went 10-1-1 under coach Fred Akers and finished No. 2 in the final rankings and beat Alabama 14-12 in the Cotton Bowl. A.J. “Jam” Jones, the eighth all-time leading rusher in school history, was the starting running back and John Walker was another back on the team who rushed for 714 yards. Donnie Little was the leading receiver. Sims won the Lombardi Award and was an All-American. Jerry Gray, a future first-round pick and eventual successful defensive coordinator was on the team as well as current Texas defensive coordinator Vance Bedford. Rick McIvor and Robert Brewer were the quarterbacks.

This team still had members of the 2005 national title squad, but also had players key to the 2009 title run. Colt McCoy, the all-time leading passer in program history, is a sophomore and starting quarterback.  Jamaal Charles, the fourth all-time leading rusher in program history, is the starting tailback. Limas Sweed, Quan Cosby Jermichael Finley and Jordan Shipley were some of the offensive weapons. But we’re putting this roster here because of the amount of defensive standouts on the squad. Brian Orakpo, Sergio Kindle, Marcus Griffin, Sam Acho, Lamarr Houston, Henry Melton, Roddrick Muckelroy, Roy Miller, Rashad Bobino, Ryan Palmer, Robert Killebrew and Frank Okam. The roster was so good that Earl Thomas – a guy who could one day be in the NFL Hall of Fame – was redshirted his freshman year.  We’re probably missing a few names that deserve a shout-out. This team went 10-3 and finished 10th in the final rankings. The Longhorns beat Arizona State 52-34 in the bowl game. Losses to Oklahoma, Kansas State and Texas A&M sting.

The 1969 team has made its way on many of these lists, but hey, they won a national title. They also had a roster that won two national titles and went 11-0, 10-1, 8-3 and 10-1 in a four-year span from 1969-1972. The 1969 team featured two legendary Texas quarterbacks, James Street and Eddie Phillips. Ted Koy and Jim Bertelsen were in the backfield – I mean, they did have a game were four players rushed for more than 100 yards – and we haven’t even mentioned Freddie Steinmark, who had a freaking movie made about him. Glen Halsell, Happy Feller and defensive coordinator Mike Campbell’s sons Mike and Tom were on the team. In 1971, nine Longhorns were drafted in the NFL, including two second round picks. Bob McKay was a first round pick in 1970 and Leo Brooks and Ted Koy were second round picks. Bertelsen and Phillips were drafted in 1972.

One of the first rosters that really showcased just how great coach Mack Brown was at recruiting. This roster had Vince Young taking over as a redshirt freshman, Cedric Benson establishing himself as an all-time great running back, Derrick Johnson on defense with Michael Huff, Michael Griffin, Aaron Ross and Tarrell Brown in the defensive backfield. All those NFL defensive backs, and it was safety Phillip Geiggar who led DBU in tackles. Tim Crowder, Brian Robison and Marcus Tubbs brought the pressure. Kalen Thornton (4 sacks) and Rodrique Wright (7.5 sacks) added heft to the defensive line. Reed Boyd had 80 tackles while Johnson finished 125. Roy Williams, the all-time leading receiver in Texas history, was with Limas Sweed (a redshirt freshman), who’s touchdown at Ohio State in 2005 helped the Longhorns get their national title run started that year. The offensive line feature Justin Blalock, Kasey Studdard, Lyle Sendlein, Jonathan Scott, and Bo Scaife was a tight end. The 2003 Longhorns went 10-3, losing big to Oklahoma and falling to Washington State in the Holiday Bowl. They did beat Texas A&M 46-15 and Nebraska 31-7. This team finished 12th in the AP rankings.