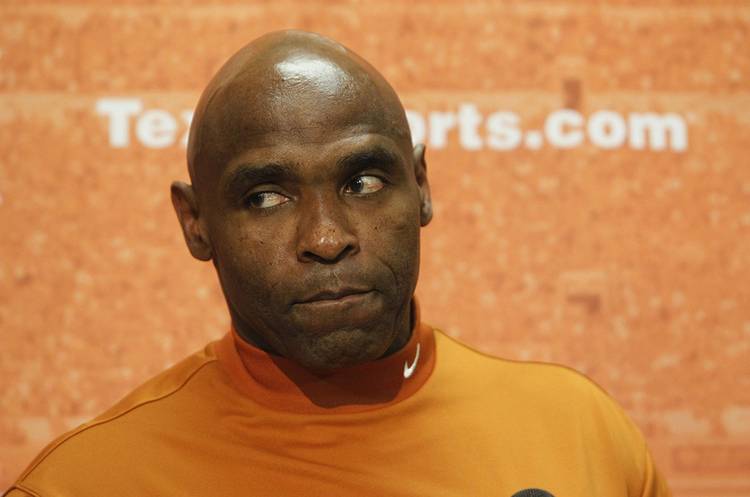 How’s this for prescience?

To close spring ball, Charlie Strong says he told his coaching staff that Texas looked fine but could use a kicker, two offensive linemen and an inside receiver.

Without free agency or a draft to fill those gaps, Strong appeared to be out of luck. Yet because of unforeseen circumstances, he was able to go out and check all four boxes by the end of the summer.

“He jumped on top of us,” Strong said of Domingue, who made 15 of 21 field goals with LSU.

The way it looks, Domingue and Devin Duvernay will be Week One contributors, while Hudson and Urquidez will compete to add depth.

Short yards: Strong is still waiting for an update on the academic status of linebacker recruit Erick Fowler, who is finishing up a summer class in hopes of getting clearance. Fowler isn’t concerned, tweeting, “Jus go ahead and tell me I passed cuz I know I did.” … Nothing has changed with the status of wide receiver DeAndre McNeal, whom Strong suspended this week for violating team rules. … Once again, coaches will spend the preseason living in a campus dormitory. Poking fun at himself, Strong, who is well under 6 feet, said his ritual is to climb onto a chair in his room and remove the mattress from the top bunk. He then places it on the ground, stacked by the mattress from the bottom bunk, and goes to sleep.

Kent Perkins gets his wish to play guard — but how does that impact the rest of Texas’ line?