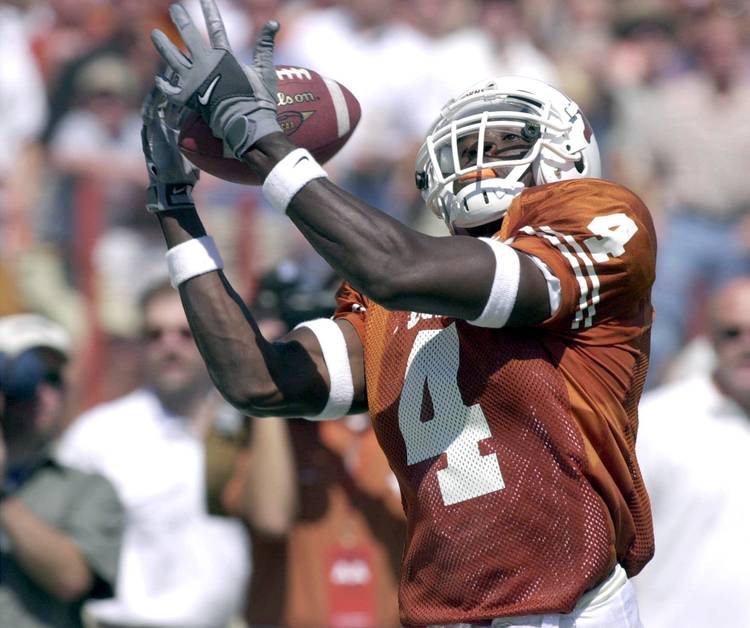 Today we take a road trip to West Texas. See, most of the Texas Longhorns football rosters include players from the Lone Star State, so we’ll sporadically be taking trips in this blog until kickoff. West Texas is home of Big Ben, Marfa, Texas Swing and Oil. It’s also home to a handful of great Texas Longhorn players. So let’s get the “Mojo” going start the countdown.

Here are eight Longhorns from West Texas to remember:

*You get three more factoids today because there was a lively debate in the newsroom among a handful of lifelong Texans (not me) on what is and isn’t considered “West Texas.” After some time, I decided to include the Panhandle area of Texas and a town called Tuscola, which drastically changes our list.  Instead of deleting the first two players from the list, I decided to give the West Texas list an “Elite Eight” feel. And yes, Kirk Bohls called this a cop-out.

Hailing from El Paso Coronado High School, Lance Taylor recorded 34 tackles as a senior in eight games, but in 1978 he had 85.5 tackles, 70 solo, and 6.5 tackles for a loss. He teamed with Steve McMichael, Bruce Scholtz and Bill Acker that season. In 1977, the year in which Texas played Notre Dame in the Cotton Bowl and Earl Campbell  won the Heisman, Taylor led the team with 132 tackles. He was named  to the All-Southwest Conference team in 1977.

Halsell was a team captain in 1969 and finished 263 tackles in three years as a starting linebacker. He was an All-American and All-Southwest Conference selection. Halsell was 5-foot-11-inches tall and only 202 pounds. Halsell played his high school ball at Odessa Permian, one of the most famous high school football program in the nation.

One of the greatest offensive lineman in Texas history, the Plainview High School graduate was a first round pick of the Philadelphia Eagles in 1973 following a career at Texas where he won two national championships. Sisemore went on to become one of the greatest Longhorn NFL players of all time. He is in the Eagles Hall of Fame and was a two-time Pro Bowler. He is a member of the College Football Hall of Fame and was a two-time All-American at Texas.

Gray arrived on campus from Lubbock Estacado High School and began a College Football Hall of Fame career at Texas. He was a two-time All-American and recorded 297 tackles, 16 interceptions and had 20 pass breakups in his career. He was a two-time All-Southwest Conference selection.  He was inducted into the College Football Hall of Fame in 2013, the Longhorn Hall of Honor in 1996 and is now a successful assistant coach in the NFL. Gray also spent time as a defensive backs coach at Texas.

Benson is one of the more prolific running backs in the history of Texas High School Football. He is the all-time Class 5A leading rusher with 8,423 yards in his career. He has the fourth most rushing yards in Texas high school football history. A standout two-sport star at Midland Lee High School, he led his football team to three straight state titles and one year rushed for 1,900 yards in nine games. He was the first high school player ever to appear on the Dave Campbell Texas Football fall magazine. He also played baseball, batting .361 as a senior. He went to Texas and became the seventh all-time leading rusher in college football history with 5,540 yards. That’s second all-time at Texas. He was a top-10 pick of the Chicago Bears and led the Cincinnati Bengals in rushing for three seasons.

Legend. That was Williams’ nickname in high school and at Texas. Must be pretty good, right? The Odessa Permian standout lettered in football, track, baseball and basketball. In 1998, Roy Williams caught 49 passes for 1,528 yards in 13 games at Permian. He went on to become the all-time leading receiver in Texas history (has since been passed by Jordan Shipley) with 241 catches. His 36 touchdowns are the most by a receiver. His 3,866 receiving yards are most in Texas history. His 13 receptions against Nebraska in 2002 is third most all-time in a single game. In 2000, he caught the second-longest touchdown in Texas history, a 96-yard play against Oklahoma State. He caught passes from Major Applewhite, Chris Simms and Vince Young. Williams went to be a top-10 NFL Draft pick, a Pro Bowler and a Dallas Cowboy. In 2013 Roy Williams was inducted into the Longhorn Hall of Honor.

The all-time leading passer in Texas history, Colt McCoy owns almost every passing record in school history. He threw the most touchdowns in single season in Texas history twice, led the Longhorns to the BCS National Championship Game and basically became one of the most beloved players in UT football history. McCoy came from Tuscola, Texas where he played at Jim Ned High School. He is the all-time leading passer in Class 2A High School football and fourth overall. McCoy led Jim Ned to the 2003 Class 2A State Championship game. In the NFL, McCoy has bounced around a bit but recently re-signed with the Washington Redskins.

Are Dylan Haines, Jason Hall in danger of losing their jobs? Nah, probably not