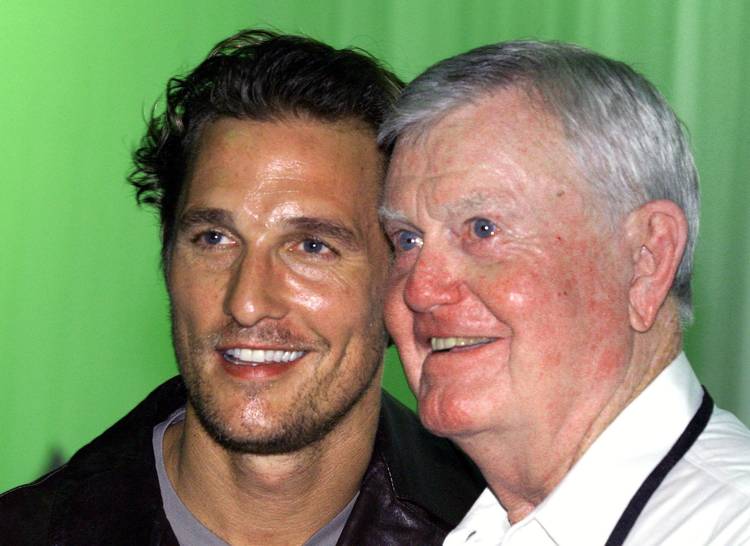 Cedric Golden came up with a list of Royalism four years ago, but we’re cutting it down to five.

Self explanatory. Surprised this quote isn’t hanging around campus somewhere.

Three things can happen when you pass, and two of ‘em are bad.”

Royal certainly believed this. Quarterback Bobby Lackey once threw just 23 passes in a season for Royal. Texas hasn’t lived by this slogan in a long time. In fact, Colt McCoy went on to become one the greatest passers ever at Texas.

Hell, no, I’m not going to candy this thing up. These are work clothes.”

When someone asked Royal if the Longhorns should change their jerseys, this is what he said. And we stand by it to this day. Why change perfection? Every Longhorn fan should remember this when they say, “You know what would look awesome, black jerseys!” And we should probably stay away from advertising on the jerseys, something we’re guessing former athletic director Steve Patterson would have green-lit.

(TCU) is like a bunch of cockroaches. It’s not what they eat and tote off, it’s what they fall into and mess up that hurts.”

What, you thought the most searing quote from Royal would be about Texas A&M? You would be wrong. No telling if TCU thought this was a compliment at the time or not. Probably not compliment. Royal said this before  the 1962 TCU game. The year before No.1-ranked Texas lost to the Horned Frogs 6-0. Here’s more on the quote.

Sometimes you have to suck it up and call a number.”

Is he talking about football or talking about asking a girl out? I’m not sure, but it works in both instances. This quote came from the 1969 Arkansas game when James Street connected with Randy Peschel on a game-changing play.

Because we’re having fun, here are a few more quotes we found that blew us away:

He’s smoother than smoke through a key hole.”

He doesn’t have a lot of speed, but maybe Elizabeth Taylor can’t sing.”

I do not let a bad score ruin my enjoyment for golf.”

If everything had already been done, there would be nothing left for young people to accomplish. There are always going to be people who run faster, jump higher, dive deeper and come up drier.”

Don’t matter what they throw at us. Only angry people win football games. “

Punt returns will kill you quicker than a minnow can swim a dipper.”

Texas countdown to football: 5 Longhorns from North Texas and Fort Worth to cross your mind