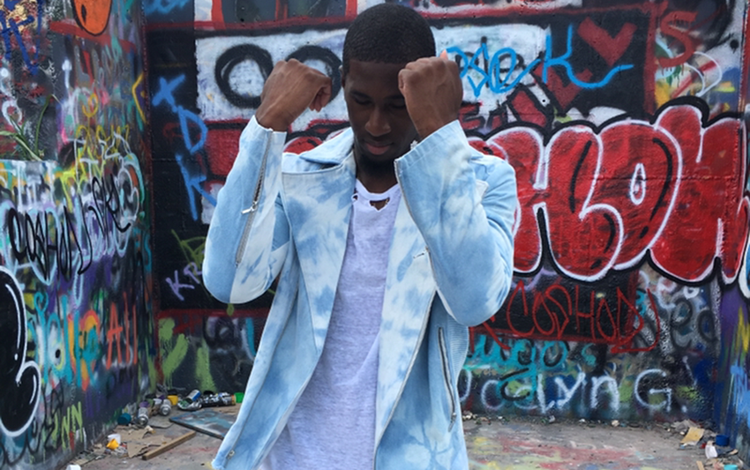 To date, Sheroid Evans’ career as a football player has been mostly defined by needles.

No one would have blamed the sixth-year cornerback had he hung up his football pants after his second surgery in the spring of 2015 and set off to, say, New York to make dress pants. By all accounts, Evans is a four or five-star fashion designer, using what he calls the “Louis Vuitton of sewing machines,” a Bernina discounted at $799, to make 30 percent of his wardrobe and to outfit some of his teammates.

The luckiest recipient of Evans’ stylings has been wide receiver Jacorey Warrick, for whom Evans made an extended T-shirt with zippers on the front and the back to go with blue jeans with biker pads.

“It’s the same shirt you’d get at Forever 21, but I’d rather pay a teammate for it,” said linebacker Naashon Hughes, another Evans customer.

There’s a bad joke to be made here, that Evans has been around the Longhorns program for so long that he arrived at a time before shopping malls existed and people had to make their own clothes. That’s an exaggeration, but it’s been a good while since Evans, a top-100 recruit from Fort Bend Dulles who as a junior swept the Class 5A 100- and 200-meter titles, joined Quandre Diggs and Mykkele Thompson to form an acclaimed class of defensive back recruits in 2011.

Diggs (the Detroit Lions) and Thompson (the New York Giants) are long gone, each entering his second NFL season, though they remain Evans’ best friends with whom he speaks “literally every day.”

A couple of weeks ago, Evans, playing it cool at his first ever media interview at Texas, declined to reveal his age, playfully side-stepping multiple queries — “Let’s just say I’m younger than my jersey number.” Evans wears No. 29. He last appeared in a game on Oct. 3, 2013, the night he tore up his knee in a win at Iowa State.

Born on Dec. 3, Evans is probably 23. He’s been around so long that in April he was one of just nine active NCAA players to receive a settlement check from a class action lawsuit as a result of his likeness being used in an EA Sports video game. Though he can’t recall the sum of the check, Evans says it hardly offset the payment for that sewing machine.

Before we proceed, Evans has some fashion advice for Charlie Strong, the Longhorns’ head coach who likes to play it conservative with a mock turtleneck and khaki shorts.

“I gotta get him out of those,” Evans said.

That comment was relayed to Strong, who returned fire.

“I see his shorts and I see holes in them, so I know I’m not gonna dress like that,” Strong said.

Evans also weighed in on the always contentious debate on whether the Longhorns should buck program tradition and slip into alternate jerseys.

“Throw a little gray in there,” Evans said. “Our school is really traditional, so you can’t take too much away, but probably add another color, like a gray top with orange letters. Something like that.”

Evans’ journey to the fashion workshops in Gearing Hall originated during his sophomore year when he bumped into an old high school friend, Morgan Mack. Mack convinced Evans, who was studying education at the time, to pick up a second major in textile and apparel. Mack, who recalled Evans’ high school fashion style as “unique and confident,” thought he’d be a good fit despite “sticking out like a sore thumb compared to the little girls running around.”

“This is a perfect place for him,” Mack said. “He’s going to excel. A lot of people think majoring in fashion is a way to get through college easy, but it’s not. It’s tough. It takes a lot more time than anyone can imagine. That sewing lab is probably as equally as challenging as the football field. You have to have some serious diligence to be in there.”

Jerrod Heard on moving to WR: ‘I was all for it and ready to go’