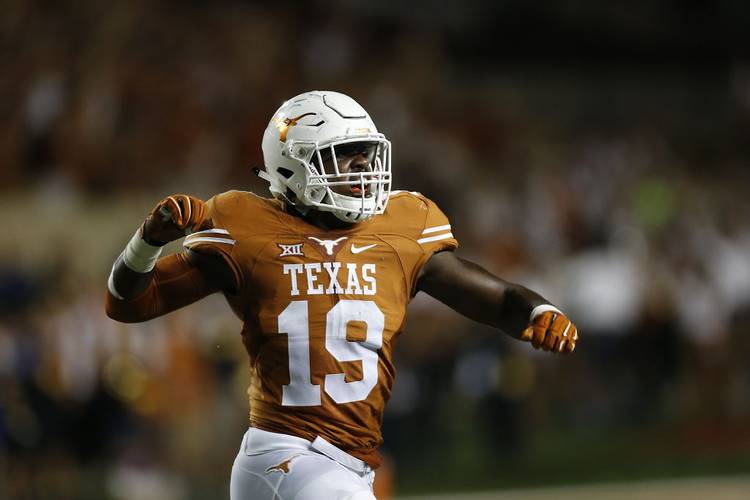 Before we set off into another regular season, and before coaches start saying things like “stats don’t matter,” let’s take a look at a handful of good, bad and ugly stats from 2015 that Texas needs to improve on, eliminate or keep it going.

Last year’s Texas offense was ranked No. 100 overall in the nation. That’s not good. A few teams that had better offenses: Old Dominion (99), San Jose State (56), Georgia Southern (43), and well, you get the point. With that, it should come as no surprise that the kicker put a lot of work in. It’s pretty common that the kicker leads the team in scoring, after all he scores typically every time there’s a touchdown and he he finishes many drives with field goals. There’s a new kicker this year for Texas and he’ll have to replace Rose’s 77 points last season. Tyrone Swoopes wasn’t far behind him with 72.

First step to improving the offense: give D’Onta Foreman the ball more. Last year he averaged 7.2 yards per carry. 95 attempts in 10 games is hardly enough for someone who was a few feet per carry away from setting a record. James Saxton averaged 7.9 yards per carry with a minimum of 75 attempts but not more than 150.   He had the third longest touchdown in Texas history with 93 yards against Kansas. That was with a young offensive line. Now Texas should have a veteran group clearing the way for Foreman (and Chris Warren III).

Dylan Haines had five interceptions last season for the Longhorns. Hailing from nearby Lago Vista, the defensive back had four interceptions as a sophomore, so he continues to improve his total. The most interceptions in one season is eight by Earl Thomas in 2009. The most in a career in 17 with Nathan Vasher and Noble Doss leading the way. Haines has nine career interceptions. Let’s say he has six interceptions this season, he would tie Derrick Hatchett for fourth all time. A big if, but it could happen. He also is second all-time in interception yards.

This is the ugly stat. Like so ugly it probably kept coach Charlie Strong from dreaming of mock turtlenecks and Breckyn Hager ping pong wins. Texas was outscored in the second quarter 94-64. They were outscored 96-69 out of halftime. Sure, Texas finished games, barely, with 89-88 advantage and they started fast with a 95-86 advantage in the first quarter, but the middle of the game was about the worst numbers you can have in football. Texas went into the half getting beaten and didn’t get off the mat until the fourth quarter. Want to compare this with the 2005 national championship team? Yes I do. The 2005 team outscored teams 218 points to 48 in the second quarter and 158 to 58 in the third quarter. Overall, they outscored teams 652-213 that season. No wonder they won it all.

Jerrod Heard on moving to WR: ‘I was all for it and ready to go’