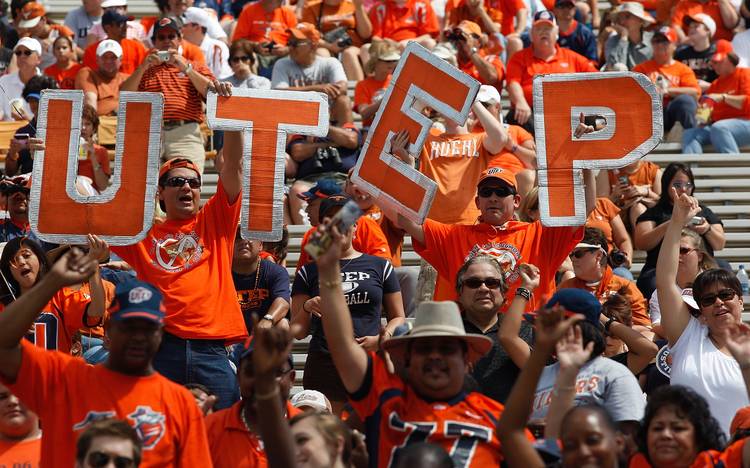 UTEP Miners fans before a game with the Texas Longhorns at Darrell K Royal-Texas Memorial Stadium on September 26, 2009 in Austin, Texas. (Photo by Ronald Martinez/Getty Images)

Similar to last year when Texas hosted Rice, the Longhorns follow their opener with Notre Dame with what should be a comfortable win.

Indeed, the Miners have finished their last 10 seasons with more losses than wins and are again expected to struggle — UTEP is picked to finish fourth in Conference USA’s West division.

Texas and UTEP last played in a home-and-home series in 2008 and 2009, with Texas twice winning big.

UTEP, at a glance

The only two Texas-UTEP matchups:

Last time, in 2009: This was the fourth game of the season in what would end with Texas’ most recent national championship game appearance. Colt McCoy threw three touchdowns in the first half, including two to Dan Buckner. The 64 points were the most for Texas since the 70-3 win over Colorado in the 2005 Big 12 championship game. UTEP committed five turnovers. D.J. Monroe‘s 91-yard kickoff return was his second kick-return touchdown of the young season. The Miners finished with only 9 rushing yards and 44 passing yards, a 53-yard day.

Next game on the schedule: at Cal

Texas countdown to football: 5 Longhorns not from Texas to remember