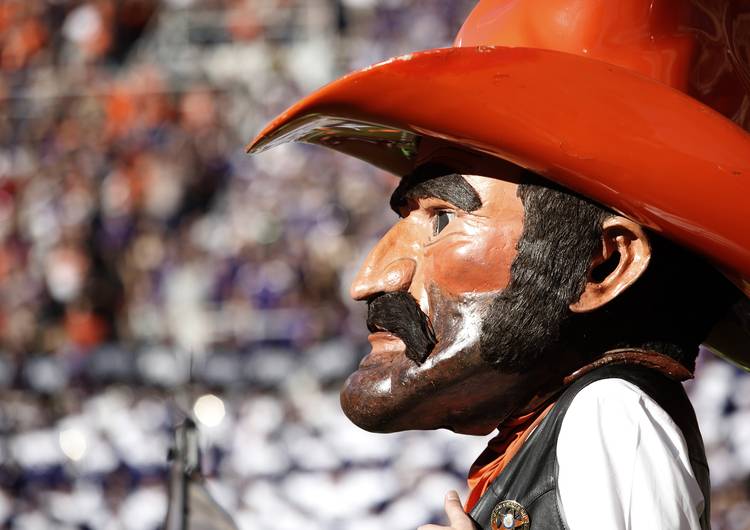 After taking a week off, Texas returns for what should be its most difficult road test of the season.

Considering Notre Dame, Baylor and TCU all come to Austin, it’s hard to argue against that point. Those who recall a competitive battle won by OSU last year might be surprised to learn the Cowboys are favored by 10 points.

If things start off poorly — say,  a season-opening loss to the Irish, followed by a bounce-back win at home over UTEP before stumbling on the road at Cal and then falling in Stillwater — Texas could be 1-3 after this game, heading into the Red River Showdown matchup with Oklahoma.

Needing to correct a rushing attack that ranked No. 114 last year, the Cowboys acquired Stanford graduate transfer Barry Sanders Jr., the son of OSU’s Heisman winner by the same name.

Oklahoma State, at a glance

Last year: The week before, the Longhorns were done in by special teams — Nick Rose‘s missed PAT in a one-point loss to Cal. Against OSU, it was special teams again when freshman punter Michael Dickson couldn’t handle a punt snap with the game tied 27-27 in the final minute deep in Texas territory; Dickson’s 10-yard desperation kick went out of bounds at UT’s 18. The Cowboys kicked a 40-yard field goal with six seconds left to win, 30-27. It was a big night for the defense, which produced two touchdowns on Hassan Ridgeway‘s 34-yard fumble return and Holton Hill‘s 41-yard pick six. Texas’ offensive leaders? Jerrod Heard (9-17-119, 0/1), while Johnathan Gray (11-55), Tyrone Swoopes (3-35-1) and Heard made up most of the running game. No one caught more than two passes. OSU, meanwhile, had a big night from Rudolph (22-34-290, 1/2) and Brandon Sheperd (5-43-1). The loss dropped Texas to 1-3 to start the season. And they were about to fall to 1-4.

Our 2015 coverage: Our game story (“Another week, another heartbreaker”); Kirk Bohls’ column (“A 1-3 record doesn’t like, Longhorns”); a sider on the development of Hill and Davante Davis; and five key plays.

Next game on the schedule: Oklahoma

Texas countdown to football: The 10 greatest Friday Night Lights players to play for the Longhorns