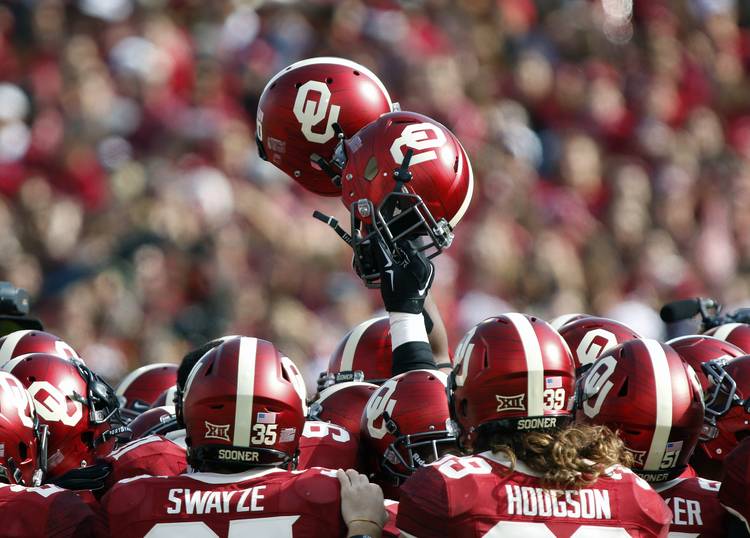 Many have Oklahoma pegged for the College Football Playoff, but by Oct. 8, the Sooners could easily have a loss or two — they will already have faced Houston (neutral site), Ohio State (home) and TCU (away). So the Sooners will either be worn out from their tough early slate and thus ripe for an upset — or they’ll be agitated from an early setback and determined to get back on track.

Either way, expect Texas to be ready for a fight. Under Charlie Strong, the Horns have had some of their better performances come against their rival. In 2014, Strong’s first year, his undermanned team gave up touchdowns to OU’s defense and special teams, but otherwise outplayed the Sooners in a 31-26 loss.

Then last year, the unthinkable occurred as Texas rebounded from a 50-7 loss to TCU the week before to physically dominate the Sooners, 24-17. It was Oklahoma’s only loss until the Sooner ran into Clemson in the CFP semifinal.

Oklahoma, at a glance

Last year: Who saw Texas 24, OU 17 coming? The Longhorns were 1-4, had spent the week bickering with each other on Twitter and were teetering on the edge of a lost season. But D’Onta Foreman (117 yards, including an 81-yard run) and Jerrod Heard (115 yards) got the running game going, and the defense made a big fourth-quarter stop. The Longhorns had six sacks on the day and held the Sooners to a 1.8 yards-per-carry average on the ground.

Next game on the schedule: Iowa State

History 101: Year Three will be critical for Charlie Strong and his Texas program