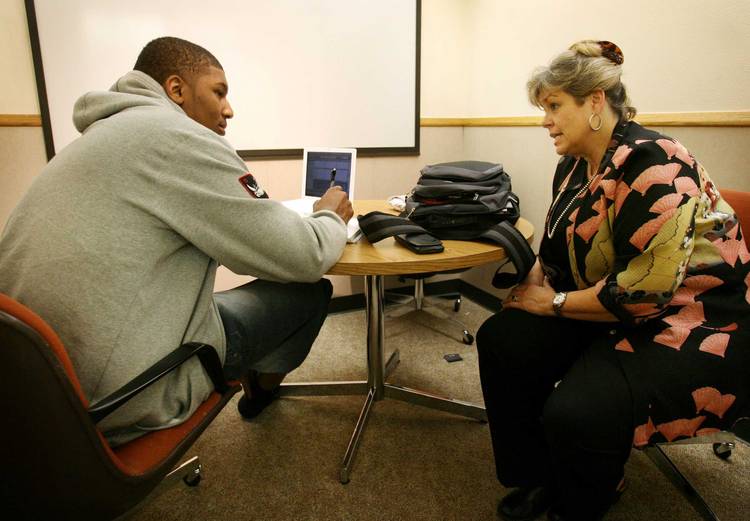 After months of silence about her whereabouts, Texas officials finally acknowledged on Friday that Randa Ryan will remain on staff through January 2017, even though she hasn’t worked in the athletic offices for more than a year.

Ryan, who once oversaw the academic services for all UT’s athletes, will “retire” at that time, according to a press release. However, Ryan cleared out her office in Royal-Memorial Stadium months ago and at one point was interviewing lawyers for a possible wrongful termination lawsuit, a source said.

Ryan’s annual base salary is $259,875, according to payroll data obtained by the American-Statesman through an open records request. It was widely thought within the athletic department that Ryan would leave on Wednesday, the final day of the fiscal year. Now, that date has been pushed out though the fall semester.

In a statement issued by the university, Ryan said she’s grateful for the rare opportunity “to blend my life’s work with the care and commitment I have for outstanding student athletes at UT.”

“They have achieved graduation rates, APR percentages, and GPAs that are among the best in the country,” Ryan said. “But more than strong metrics, they have graduated from Texas as good citizens and strong, mature leaders ready to meet the challenges of the future. I am so proud of them.”

UT officials have not made Ryan available for interviews in years. She was not made available before or after a six-month independent review was triggered by a report in The Chronicle for Higher Education that alleged possible academic misconduct.

The school hired Alabama-based attorney Gene Marsh, someone with deep knowledge of NCAA compliance rules, to look into things. Marsh produced a detailed 49-page report that determined no NCAA violations occurred, and the case was essentially closed.

The public yawned, but in academic circles, it was a blistering takedown that examined every aspect of Ryan’s department.

For example, the Marsh report determined there was too much emphasis on maintaining high grade point averages and not enough on actual progress toward a degree.

UT athletes have privately grumbled for years about being pushed into classes they may not have otherwise wanted. However, those contacted by the Statesman choose to remain quiet for fear of retribution by the school — such as losing their scholarship, for example.

But to Ryan’s credit, the overwhelming majority of athletes in all of UT’s 20 varsity sports have remained eligible for competition.

In February, the Statesman reported that Ryan’s top assistant, Kat Richter Hastings, had taken over day-to-day duties in academic services. At that time, a UT spokesman confirmed that Ryan had not been working directly with students since the fall of 2015.

As months rolled by, university and athletics officials both refused to discuss Ryan’s job status or what she was doing. Men’s athletic director Mike Perrin said Ryan was off-site working on “a special project” that stemmed from findings in the Marsh report.

“We are proud of the many academic successes of our students during her years of leadership,” Perrin said in a statement. “We are thankful for her part in building a model program that supported the students identified by our great head coaches to compete and study at Texas.”

Also in a statement, women’s athletic director Chris Plonsky said Ryan was “exceptionally dedicated to the University athletics and students.” Plonsky praised Ryan’s work in helping former athletes come back to campus and finish their degrees.

Ryan began her UT career as an assistant swimming coach in 1985. She became an administrator in 1988 under then-women’s athletic director Donna Lopiano. Ryan rose through the administrative ranks and ultimately became an executive senior associate athletics director.

Over the years, the Longhorns had terrific performances in the classroom, to be sure. Ryan, known for her hard-charging personality, served on numerous national committees and shaped stringent academic policies that kept the Longhorns far from NCAA academic trouble.

In May 2014, the Statesman reported that Ryan had used school money to make purchases from her own antique store in Wimberley. An internal review determined that Ryan violated school policies regarding conflict-of-interest and self-dealing issues. She received a letter of reprimand and did not get a 2.75 percent merit-based pay raise for the 2014-15 academic year.

Ryan’s name and bio have remained atop UT’s academic service department web page for months even while officials were vague about her. Outside of the statements issued Friday afternoon at 5:15 p.m., UT officials had no other comment.