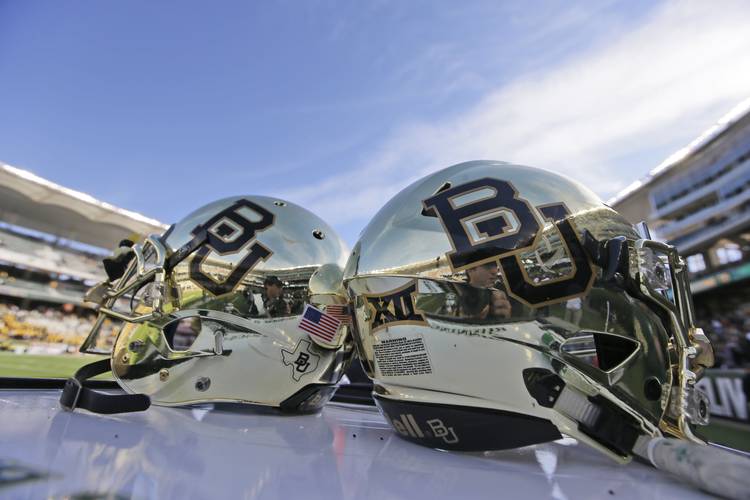 This is perhaps the most unpredictable game on Texas’ schedule. There’s no telling what Art Briles’ old team will be up to seven games into the season.

Deflated by the loss of their coach?

Fueled by the constant attacks against the team’s culture?

Beaten down by the lack of depth brought on by the unraveling of a recruiting class?

Anything is in play.

This also will be a big day for the four Baylor defections turned Longhorns — Devin and Donovan Duvernay, J.P. Urquidez and Patrick Hudson.

Baylor, at a glance

Last year: The trivia answer of tomorrow? That Texas was the final Big 12 game of Briles’ career, just as Baylor was the final Big 12 game of Mack Brown‘s. The Longhorns’ 23-17 season-ending win in Waco was officially an upset — 12th-ranked Baylor, after all, was on its way to a bowl game and Texas, which was 4-7 going into the game, was not. But the Bears were hobbled, down to their third quarterback and without their best running back, and were shut out in the first half for the first time since 2011. Nick Rose kicked three field goals, including a career-high 53-yarder, Chris Warren III followed up his big Thanksgiving night performance against Texas Tech with a 106-yard effort against Baylor, and Tyrone Swoopes produced a couple of touchdowns. It was Texas’ second win over a Top 15 team and the first win over a ranked opponent in a true away game since 2012.

Next game on the schedule: At Texas Tech

How will Texas’ season play out? Questions, answers from our crystal ball